The studio didn’t want it, his fans didn’t want it – but none of that stopped Neil Young from recording an explicitly country album – twang and all – in 1985. 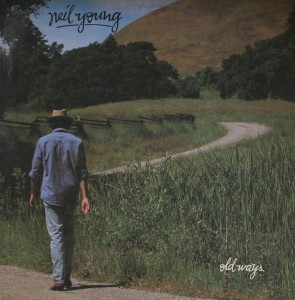 Sure, Young had ventured into country territory with several previous albums. But this one – featuring Waylon Jennings singing harmony on six of 10 tracks, Willie Nelson on vocals for a seventh – departed so heavily from Young’s previous repertoire that his record label, Geffen, sued him on charges of purposely putting out non-commercial material.

Wanna know what Country Neil sounds like? Check out Track 7, “My Boy” – and tune in all morning as Craig gives it a few good rotations on the ol’ Trail turntable.

Alanya will follow up with a preview of the first big show of October – Devil Makes Three.

The Santa Cruz, Calif., Americana group will play the Wilma next Wednesday – so if you don’t know who they are, now’s the time to learn.

She’ll feature a little bit off 2013’s I’m a Stranger Here and then a few tracks off their latest work, Redemption and Ruin. The latter is comprised of 12 covers exploring the topics of, well, redemption and ruin, and features an all-star cast of guest stars like Emmylou Harris, Tim O’Brien, Jerry Douglas, Darrell Scott and Duane Eddy.

Robert will venture back into country territory with a few tracks from Wilco’s 1995 debut, A.M. Released just after the breakup of Uncle Tupelo, it set the stage for what would become one of modern rock’s most successful and influential acts.

Check out the original review from the band’s hometown rag, The Chicago Tribune, HERE. 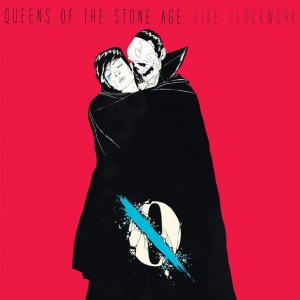 Finally, Tommy will close us out with some spins off Queens of the Stone Age’s sixth studio album, …Like Clockwork.

It had been six years since the rock band’s previous release, and a lot happened in the interim – including the near-death experience of singer/songwriter Josh Homme and the breakup with long-time drummer Joey Castillo.

But Queens and crew reacquainted with some old friends – notably Dave Grohl – and pushed on. The final product was the band’s first album to top the U.S. charts and was nominated for three Grammy Awards, including Best Rock Album.