Open to experience, extroverted, athletic and verbally gifted with a self-perceived intelligence and oriented toward social dominance.

Or at least that’s how he’s supposed to be, based on a study of the relationship between individual differences in musical preferences and personality traits. 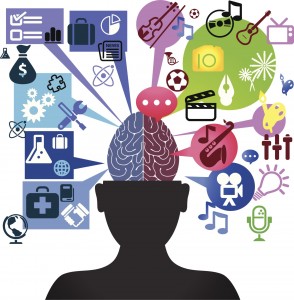 The study’s authors first identified 80 different musical genres and 66 subgenres. They then analyzed subjects’ tastes, compared those results to the results of personality tests, and found not only a high correlation, but a “generalizable” one as well.

Which means you absolutely cannot argue with their determination that because of Robert’s obsession with “intense” and “rebellious” music, he is experience, extroverted, athletic and verbally gifted with a self-perceived intelligence and oriented toward social dominance.

If you don’t believe in music taste as a predictor of personality type, check out this more recent study – and take your own “musical universe” quiz HERE.

And if you don’t believe Robert’s obsessed with intense and rebellious music, just tune in tomorrow afternoon for Vinally Friday.

Yep, the guy who’s delighted us in recent Vinally Fridays past with such randomness as Johnny Thunders, XTC, Joe Jackson and David Lindley has opted to go cowpunk once again with The Beat Farmers.

Interestingly, this Saturday marks exactly one year to the day that “Socially Dominant Rob” threw the San Diego group’s The Pursuit of Happiness onto the turntable.

Tomorrow he backs up a couple years for their major-label debut, 1985’s Van Go.

The band’s drummer and founder, Country Dick Montana is no longer with us, but a variation of The Beat Farmers still rocks San Diego on occasion. In fact, the current lineup – called simply The Farmers – celebrated earlier this year the release of a 19-track live album recorded in 1988 in Bremen, Germany.

Learn more about that and catch a fun interview from a 1989 edition of the San Diego Union-Tribute HERE.

• Craig will kick off the morning with a spin of the last Fleetwood Mac album before Fleetwood Mac became band of which most general music fans are familiar.

What do we mean?

We mean that before Fleetwood Mac was all about tearing up the radio waves with catchy pop-rock hits (see: Stevie Nicks and “Landslide”), they were a rugged British blues outfit with a reputation as one of the greatest live acts of the early 1970s.

Released in 1974, Heroes Are Hard to Find officially marked the end of one era and, with the departure of founding member Bob Welch, the beginning of a new one.

“The group went on to bigger and better things, but Heroes is a minor gem that retains its effortless pop charms and contains some buried jewels in the extensive Fleetwood Mac catalog,” wrote Hal Horowitz in his review for AllMusic.

Learn more about that project and see what else Mick’s been up to HERE.

• And finally, Alanya, too, will celebrate a release that marked the end of an era for one of rock’s great groups – Big Brother & The Holding Company‘s Cheap Thrills. 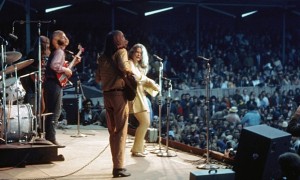 The 1968 album marked the pinnacle of the San Francisco psych-rock outfit’s career – their only album to score major commercial success and, non coincidentally, their last with Janis Joplin at the microphone.

Despite a flop from their debut self-titled record in 1967, Big Brother & the Holding Company had gained international acclaim after their historic performance at Monterrey Pop Festival later that year.

Following a national tour that took took them as far as New York, the band gathered in the studio to put out a collection that marked, as AllMusic’s William Ruhlmann put it, Joplin’s “greatest moment.”

“Nobody had ever heard singing as emotional, as desperate, as determined or as loud …” he wrote.

The seven-track effort, which went to No. 1 on the Billboard charts and was certified gold just a few months later, is now listed as No. 338 on Rolling Stone’s “500 Greatest Albums of All Time” and was designated as “culturally, historically, or aesthetically significant” by the Library of Congress in 2012.