The thing about bucket lists is that the longer you wait, the bigger the gamble.

Whether it’s turning your life over to Jesus Christ as a born-again Christian or hitting up that old fishing hole pop used to wax about before you could grow a beard, there’s no better time to get to it than right now.

You read the meme: Tomorrow’s not promised, son.

That’s why we feel especially smug about Robert’s decision to throw a Joni Mitchell classic onto the turntable tomorrow. 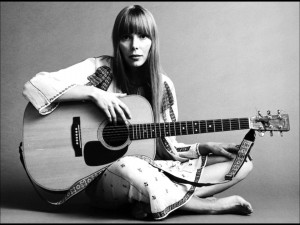 By previewing a few tracks off one the countless entries in the book “1,001 Albums You Must Hear Before You Die,” we’re providing you, Dear Listener, an opportunity not only to scratch one line item off your bucket list but – perhaps more importantly – freeing you up to focus on some of those more effortful tasks.

Released in 1974, it marked the mid-point of the Canadian singer/songwriter’s segue from her earlier folk-inspired work to a more jazz-infused sound. And with more than 2 million copies sold, it also marks her most commercially successful work.

Here, we’ll let the pros do the exclaiming:

“Court & Spark, is not only the best soundtrack to a Sunday morning ever made, it’s also an essential, timeless artifact of an era when pop could be both popular and personal,” writes Slant Magazine’s Barry Walsh.

“She’s the best singer-songwriter there is right now,” review giant Robert Christgau said at the time.

And, of course, she made the short-list of albums you must listen to before you die.

Enjoy a few spins of Court & Spark, and while you’re listening check out this excellent 2014 feature story from The Guardian that suggests Mitchell’s early-1970s work was indeed more significant – and lasting – than that of even Neil Young, Bob Dylan and Leonard Cohen. 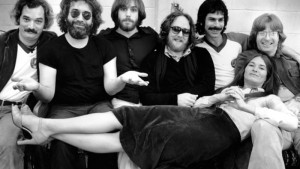 Released in 1977, Terrapin marked a sort of turning point for the band, which had taken about two years off from touring and signed with a new label, Arista Records.

The resulting “new” sound was a bit more pop than they were previously known.

Terrapin Station “was the Dead’s most polished, professional effort to date, foreign adjectives that didn’t necessarily thrill everyone in the band,” writes Rolling Stone’s David Browne in a detailed feature on the band’s “greatest year.”

The Dead are no more, but their legend still lives – helped in no small part by some of their founding members’ willingness to include treasured albums and songs past in their live performances of new works.

Last month, Phil Lesh and Bob Weir celebrated Terrapin’s birthday with a performance of all six tracks at the LOCKN’ Festival in Virginia. 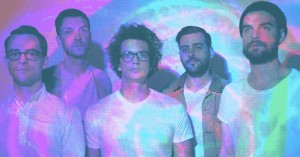 The festival marked the occasion with an endearing reflective piece of album-inspired songs, stories and memories.

• And finally, Tommy will wrap up the day – and the week – with a few spins off Seattle indie group Pickwick‘s debut full-length, Can’t Talk Medicine.

The five-piece funk/pop crossover band was no stranger to the Seattle music scene when Medicine dropped in 2013, having just topped local record sales the previous year with their EP compilation of singles.

And so, riding that popularity as well as a general excitement about the nationwide soul revival scene, they unloaded a full album described as a “gritty new hybrid … as unique as it is daring.”

A few of the previously released singles were included in the measure, but it was a new track – a cover of Richard Swift’s “Lady Luck” – that pushed Pickwick into the national spotlight.

The band is currently touring in support of its sophomore release, Lovejoys, released in July.