We asked Craig for three reasons why he’s deemed the Rolling Stones “the finest rock and roll band on God’s green earth,” but we’re not sure he convinced us with his answer.

Sure, we love those albums, too. And we love the Stones’ personas even more. But we’re strictly Beatles loyalists, and we’ve got three waayyy more legitimate reasons why: Revolver, Help! and the White Album. 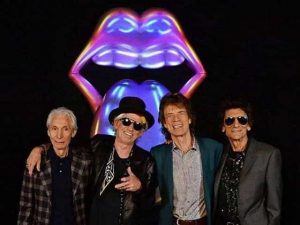 Seriously, this is perhaps the greatest classic rock debate of all time (in fact, there’s even a whole BOOK studying it) and it’s even better considering there are no losers. A case can be made for either, and there’s plenty of reasons to love ’em both.

But Craig has long committed to the Stones route, and without solicitation he offered us a bonus reason why: Because Keith Richards still ain’t dead.

This week, Craig will share his love of all things Rolling Stones by kicking off another day on the Trail turntable with a few spins of their most recent release, 2016’s Blue & Lonesome.

It also features a guest appearance from the greatest rock guitarist of all-time, Eric Clapton. Just kidding – that title goes to Jimi, of course!

• Alanya will stay in England, but travel back a few decades and switch genres entirely with tracks off Steel Pulse‘s 1984 “best of” collection, Reggae Greats.

The 10-track album features the top tracks from the acclaimed band’s first three albums for Island/Mango: 1978’s Handsworth Revolution, 1979’s Tribute to the Martyrs and 1980’s Reggae Fever (Caught You).

“While this is hardly an in-depth look at Steel Pulse’s formative years, these tracks make an excellent case for the strength of this band and the passion and force of David Hinds’ vocals,” writes Mark Deming in his AllMusic review.

• Robert will follow-up with Frank Zappa‘s finale with longtime backing band, The Mothers of Invention. 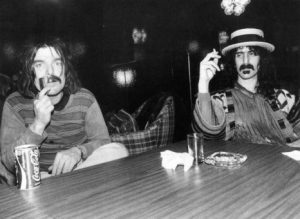 Released in 1975, One Size Fits all marked the 10th full-length collaboration between the music savant and some variation or another of the Mothers. The music was comprised mostly of songs premiered by the group during their 1973-74 tour and features guest appearances by long-time Zappa songwriting partner Captain Beefheart as well as blues guitarist Johnny “Guitar” Watson.

Ranked No, 18 on Rolling Stone’s list of the 50 Greatest Prog Rock Albums of All Time, One Size Fits All was noted by critics for being typical of Zappa’s work to that point: brimming with the “jazz and prog benchmarks of (his) career: atypical rock instrumentation … and far-out lyrics.”

This despite one reviewer’s note that the album seems built around spoofing the prog-rock cliches of the time.

• Tommy will shut ‘er down with the sixth studio release from American rock band Kings of Leon.

Released in 2013, Mechanical Bull marked the conclusion of what ultimately turned out to be a two-year hiatus for the band after their prior US tour was canceled abruptly due to personal reasons.