Our new favorite word sounds like one of those quaint little island towns that dot the outer rim of the Puget Sound. Or a bluegrass band formed by a trio of ironic English lit majors.

Unfortunately, the true definition of ‘portmanteau’ is less charming than we’d prefer. It is, in a nutshell, used to describe a new word formed by the collision of two or more separate and distinct other words. 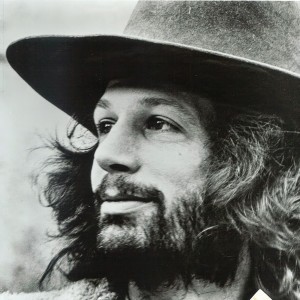 Well, ‘slithy’ means ‘lithe and slimy’ and ‘mimsy’ is ‘flimsy and miserable’,” explained its originator, Lewis Carroll, in Through the Looking Glass. “You see it’s like a portmanteau—there are two meanings packed up into one word.”

And here are a few of our favorites of late: Bromance. Affluenza. Glamping.

But we digress. The point is, there is a word for the linguistic blend of two previously independent words. And the example we really want to focus on is “newgrass.”

There was a time when bluegrass was a formulaic fiefdom ruled by tyrannical traditionalists. They’re cousins of those jazzheads who can’t handle fusion and electronic keyboards.

But then along came John Hartford and his groundbreaking album, Aereo-Plain, in 1971.

Hartford, a master multi-instrumentalist who had gained superstardom with his country-sounding single, “Gentle On My Mind” a few years back, was the type that lived to buck trends. In fact, it was at the height of his commercial success on the West Coast as a regular on several major TV variety shows that Hartford spontaneously opted moved to Nashville to re-engage with his musical aspirations.

There, under the freedom afforded by his new label, Warner Bros, he created Aereo-Plain.

“(The album) was a forward-thinking and enduring album that three decades later still sounds fresh,” Andrew Dansby wrote in Rolling Stone’s 2001 obituary of Hartford. “It almost single-handedly birthed the new grass movement, a progressive strand of bluegrass, as well as inspired generations of jam-minded pickers.”

Along with “string wizards” Norman Blake, Vassar Clements and Tut Taylor, Hartford recorded the album in a series of extended live sessions comprised mostly of improvised jams. The result was a perfect blend of traditional bluegrass and the new, hippie spirit of the early 1970s.

Synonymous with “progressive bluegrass”, the newgrass style incorporated most elements of traditional bluegrass – acoustic stringed-instrument pickings, most significantly – but was more accepting of electronic sounds, rock ‘n’ roll covers and, of course, long hair and drugs.

“We’d sit around and smoke pot and play ‘Sally Goodin’ for an hour and a half,” recounted album producer David Bromberg. “That approach kind of became, after awhile, newgrass.”

Though it didn’t achieve commercial success at the time, Aereo-Plain launched a new career direction for Hartford – and still inspires your favorite modern bluegrass groups today as the genre’s first true “cult classic.”

Thanks to Mike, you’ll have a chance to hear it for yourself tomorrow on this week’s edition of Vinally Friday. 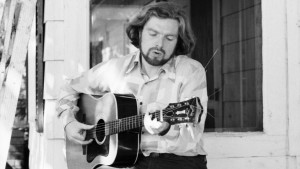 • Recording a live album was not a new concept in and of itself, but the method by which Jackson Browne put together his highly successful Running on Empty was a bit innovative.

Instead of compiling tracks from shows on the road, Browne opted to produce works created and performed in hotel rooms, on the tour bus and backstage. The album, released in 1977 and certified platinum seven times over, is also unique in that it’s comprised entirely of music not previously released on a Browne record.

Craig will take us on the road with Browne and crew with the American singer/songwriter’s fifth record.

• Robert will follow up with a few tracks off perhaps Van Morrison‘s most celebrated album, 1970’s Moondance.

After leaving his rock group, Them, and struggling to sell copies of his debut solo record, Astral Weeks, Morrison set up camp at Woodstock with the intent of creating music not only true to his heart – but which would also catch a few dollars along the way. 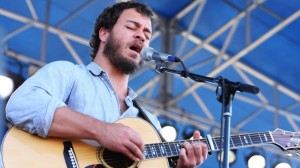 The resulting album marked a transition away from his previous abstract folk and jazz styling into more radio-friendly rhythm and blues.

• And finally, Tommy will close us out with a few spins of Amos Lee‘s fourth studio release, Mission Bell.

The blues, rock and soul package debuted at No. 1 on the Billboard 200, but unfortunately that comes with an asterix: It also set a new record for the least amount of copies needed to reach the top spot (40,000).

Working as a teacher in Philly, Lee got his start on the professional music circuit at open mics. His big breakthrough came in 2004 when he was invited to open for Norah Jones. He would go on to open for several other big-time acts in subsequent years, including Bob Dylan, Elvis Costello, Dave Matthews band and Adele.