He gets a thrill out of going against the grain a bit – but this week, Robert Chase is taking originality to a whole ‘nother level.

His selection of the Buzzcocks‘ Singles Going Steady isn’t really what sets him apart from the other Trail jocks for this week’s Vinally Friday – though the so-called “punk masterpiece” certainly does stand out from the folksy, bluegrass-y styles of the other three.

But no, it’s not the selection itself that goes against the grain. It’s that the other three are all spinning 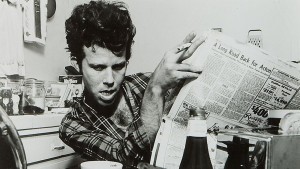 great vinyl albums that have already been featured once before on this program. Yep – this week, only Robert’s is 100 percent legitimately unique.

• Craig will kick off the day with Tom Waits‘ debut, Closing Time.

Robert played a few tracks from the 1973 album back in December, but he cut it short in order to honor the passing of Greg Lake of King Krimson and Emerson, Lake & Palmer fame.

So Craig will finally do the Waits classic some justice.

Produced and arranged by former Lovin’ Spoonfuls member Jerry Yester, Closing Time was a collection of the originals Waits had been performing during a three-year stand at L.A. nightclub The Troubadour.

The material fell mostly on deaf ears until other artists began to cover it – starting with Tim Buckley that very same year.

Rolling Stone critic Stephen Holder described it Waits as a “boozier, earthier” Randy Newman – albeit with his own “sardonic, vulnerable and emotionally charged” persona in his original album review.

Check that out HERE.

• Robert will follow up with the aforementioned Buzzcocks work – a compilation, actually, of the band’s eight prior UK singles plus B-sides. 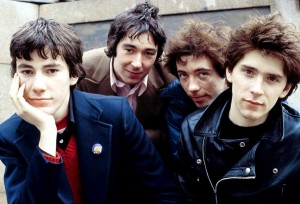 Singles was originally intended as an introduction of the band to the United States, but has since gone on to be one of the most important and celebrated punk rock records of all time.

Ned Raggett of AllMusic was the one who called it a masterpiece along the likes of Never Mind the Bullocks and London Calling.

Rooling Stone compared the band to the Ramones, but “jittery and even faster” in their selection of the 1979 release to the list of the 500 Greatest Albums of All Time (it was ranked No. 360.)

• It was Alanya who dished out a few tracks from Infamous Stringdusters‘ 2012 LP Silver Sky on a Vinally Friday back in September, but like with Robert she split her selection in two in order to preview the Silver Cloud Campout Music Festival.

Mike, who’s sitting in for Alanya while she gets used to being a new mother, will finally give the album the full treatment it deserves this week.

Described as “acoustic music that takes bluegrass as a starting point,” Silver Sky is the Boston-turned-Nashville group’s fourth studio album. 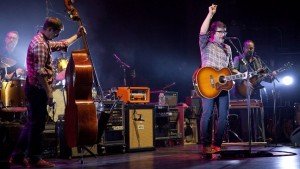 It’s most notable for its unique production quality, attributed to the hip-hop experience of its producer, Billy Hume.

• And Tommy, who is a bit amped for this weekend’s inaugural Travelers’ Rest Festival, will pay homage – again – to the event hosts and curators, the Decemberists, with a spin of their 2011 album, The King is Dead.

Written and performed as an homage to the Smiths, The King is Dead features R.E.M. guitarist Peter Buck on three tracks.

It was the Portland band’s first album to ever go No. 1 in the US.