Impossibly rare is the artist who maintains relevancy nearly 70 years after making their debut on the scene.

But considering her chosen genre is already on the fringe – and that she seems to be gaining in notoriety, not diminishing, as the decades roll by – Mavis Staples truly is the epitome of industry outlier. 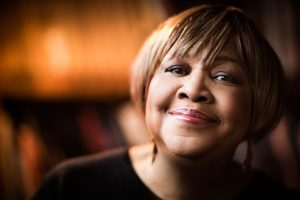 It was 61 years after the soul/gospel singer started performing – and 55 after her first hit with her family group, The Staple Singers – that Mavis won her first Grammy Award. That was 2011 for the first of her Jeff Tweedy-produced collections, You Are Not Alone.

The second Tweedy collaboration came two years later with One True Vine; the latest in the trilogy, If All I Was Was Black, dropped just this past November.

This week on Vinally Friday, Alanya pays tribute to the legend ahead of her performance at this weekend’s Travelers’ Rest Music Festival with an EP released in the middle of all those. It’s titled Your Good Fortune, and it was developed with the production assistance of fellow R&B artist Son Little.

Little is as “viable an accomplice” as Tweedy, writes Andy Kellmen in his album review for AllMusic.

He notes, however, “a little more dust and grit” on this project than in Tweedy sessions.

Released in 2015, Your Good Fortune features two originals and two new takes on classic Staple Singers cuts. Enjoy a listen, and then be sure to pick up your tickets to the weekend festival HERE. 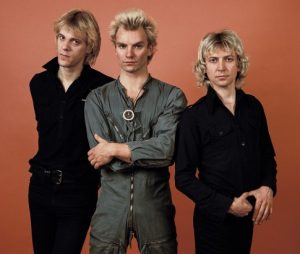 • Robert will follow up with the 35th birthday celebration of one of the more successful albums from The Police – their fifth and final studio record, Synchronocity.

Released in June of 1983, the album was by far the English trio’s most commercially viable. With several hits – “Every Breath You Take”, “Around Your Finger”, “King of Pain”, to name a few – the album topped the charts for 17 consecutive weeks and garnered the band three Grammy Award wins in 1984.

• Tommy will close out the day with the 18th studio release from Scottish rockers Simple Minds.