This Friday on the turntable we’ll celebrate the birthday of one of rock’s living legends and then dip into a few good tracks off a few unexpected commercial hits from two very different genres – and generations. 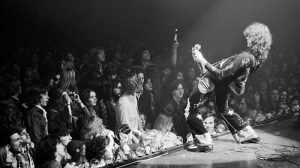 Entirely self-funded and released independent of a label, the album set the stage for what’s turned into quite the career for Simpson. Less than a year later his sophomore album, Metamodern Sounds in Country Music, garnered him a Grammy nomination; that success landed him a major label contract and, finally, a Grammy win for Country Album of the Year for 2016’s A Sailor’s Guide to Earth.

• There’s a lot of reasons to celebrate Led Zeppelin this month.

It was 50 years ago last Sunday that the British rock band performed for the very first time – an accidental gig that brought Robert Plant, Jimmy Page, John Paul Jones and John Bonham together after Page’s previous bandmates bailed on their upcoming Scandinavian tour after the contracts had already been signed.

And this coming Monday, Plant – who has enjoyed as much success as a solo artist as he did as Zeppelin’s charismatic frontman – will celebrate his 70th birthday.

Alanya will mark both occasions Friday with Zeppelin tracks culled from albums spanning their long and storied career.

Plant and his Sensational Shifters recently announced a 10-date tour of the US in September, culminating in a performance at Austin City Limits at the end of the month. And then in October the three surviving members of Zeppelin (Bonham died in 1980) are expected to celebrate their 50th anniversary – though details are still scant at this point. 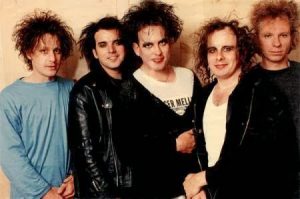 • Robert is out on vacation, so Tommy will stick with the British theme to close out the day with a few spins off a Cure album that perhaps celebrates Friday like no other.

We’re talking about their commercial smash Wish, which featured perhaps their biggest radio single of all, “Friday I’m In Love.”

That’s one of three radio singles off the 1992 album, which is most notable for marking a dramatic shift away from their “gothic rock” sound of the 1980s into a more accessible “alternative” sound that continues through today.

Wish, which sold more than 1.2 million copies in the U.S. alone – was also the last of the Cure’s albums to feature the best drummer of their storied career, Boris Williams.