The two television commercials that most stick out from our childhood weren’t pushing toys or candy but cereal and … motels?

Yes, it’s true – jingles make quite the impression, and we’ll never stop associating The Turtles’ “Happy Together” with Golden Grahams and the Rascals’ “It’s A Beautiful Morning” with Days Inn.

Funny thing is, we had no idea that the outfit behind the latter was the same one behind “Good Lovin'” and “Groovin'” until Mike decided to bring the band’s 1968 collection of greatest hits into the office earlier this week.

And that wasn’t the only stunner: The day we became acquainted with The Rascals – not coincidentally the same day we were triggered to grab our robe and book a room at Days Inn – was also when we realized our favorite black R&B group wasn’t black at all.

In fact, they were just a bunch of young white kids from New Jersey. Now how about that?

Turns out we weren’t the only one that was fooled.

In fact, Rolling Stone’s John Lombardi named The Rascals the “blackest white group of all” in a profile piece published in 1970.

It’s not that it was all that uncommon for white musicians to take on the stylings of their lesser-known black counterparts. But The Rascals just seemed to pull it off better than anyone before – or since, for that matter.

So it’s with great excitement that we introduce Time Peace: The Rascals’ Greatest Hits to the Trail 103.3 turntable tomorrow as one of this week’s Vinally Friday selections. 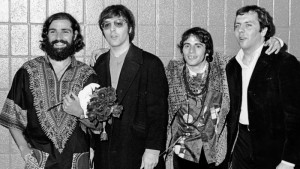 Released in 1968, the collection was not only the group’s most commercially successful album – it’s also “arguably the greatest greatest-hits album of the ’60s,” according to AllMusic’s Bruce Eder.

The album features all nine of their Top 20 singles from 1966-1968 – the ones you know and the ones you don’t but should – nearly all of which were actually released under their prior name, The Young Rascals.

So sit back, turn up the dial and thank Mike for what is certain to be a beautiful Friday morning in Missoula!

-Though officially it was their third studio release, No Dice was only the second album released by Badfinger when they were known as Badfinger. 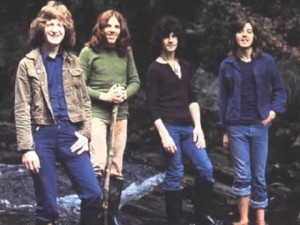 Released in 1970, No Dice features two of the band’s most popular hits, one a smooth pop tune that could easily be mistaken for the Beatles (“No Matter What”), the other one of the more covered rock ballads of all time (“Without You”).

And the Beatles comparison isn’t just ours.

Calling it one of the best records of the year, Rolling Stone critic Mike Saunders described No Dice as “what might have happened had the post-Pepper Beatles gotten it together.”

Craig will kick off this week’s Vinally Friday with a few of his favorite tracks off the album in the morning.

-It’s hard to imagine a time when Elvis Costello ruled the airways, but in the late 1970s and early 1980s his pop/punk style was so influential that all the major labels were trying to cash in.

A&M came the closest of all with the release of Joe Jackson‘s debut, Look Sharp!, in 1979.

Featuring the seminal classic, “Is She Really Going Out With Him,” Look Sharp! reflected Jackson’s early New Wave leanings much more so than his later releases, which were a little more eclectic but a lot less commercially successful. 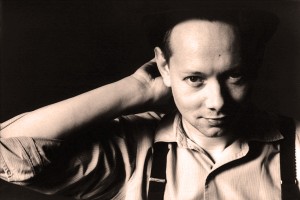 -Finally, Tommy will close out another day on the turntable with the full album from a band he featured on his Tuesday night “New Show” just a few weeks back.

The four-piece indie pop band known as Kidsmoke dropped their debut EP, Save Your Sorrow, in June.

We’ve enjoyed hearing the record’s first single, “And Mine Alone” on the Trail in weeks past – and now we’re excited to hear what else the Welsh group can do.