But every year it seems like another one of our favorites forgets and heads down that unforgiving road we call aging. 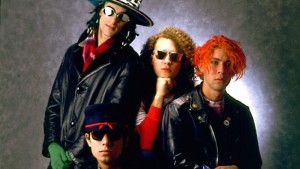 Sure, it looks like he shot that fabulous “Been Caught Stealing” video just yesterday – but fame and fortune (and heavy eyeliner) can do a lot to a look. The good news: Dave’s still working hard for the masses, currently hosting the eighth season of Ink Master on Spike.

Released in 1988, Nothing’s Shocking initially struggled in retailers because MTV refused to air its first big single, “Mountain Song,” due to nudity.

But partially due to the late success of iconic single “Jane Says,” the album went on to sell over a million and was certified platinum.

In his review for AllMusic, Greg Prato praised Nothing’s Shocking for being “incredibly consistent and challenging.”

“The fiery performances often create an amazing sense that it could all fall apart at any second, creating a fantastical musical tension,” he wrote.

And since we’ll soon be celebrating the album’s 30th birthday, we highly advise you to brush up on a little alternative rock history with this fantastic making-of feature on the “iconic rock art masterpiece” by TeamRock.com.

-Recorded the same year to an entirely different fan base was the HBO special “Roy Orbison and Friends: A Black and White Night” – starring the triple Hall of Fame inductee as well as Tom Waits, Elvis Costello, Bruce Springsteen and many, many more musicians who are generally as famous today as they were then, if not more. 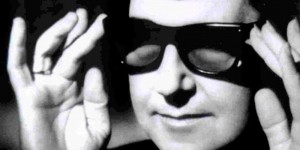 The broadcast was later compiled into a live album of the same name, and Craig will play a few from it to open up this week’s Vinally Friday.

-Alanya will follow-up with music from two of the dozens of amazing artists and bands who will perform at this weekend’s Silver Cloud Campout Music Festival.

Both Infamous Stringdusters and The Shook Twins are no stranger to Missoula – the former bringing its bluegrass show to The Wilma as recently as March and the latter bringing their alternative folk sounds to The Top Hat in both November and April.

If you’re not familiar, it’s time to get acquainted. Alanya is here to help!

-And finally, English rock outfit Oasis has also been in the news lately – not for things it’s done, but rather for thing’s it’s not done.

Contrary to rumors that stated otherwise, the brothers Liam and Noel Gallagher are still not getting along, and the band did not fulfill fans’ reunion wishes at this week’s One Love Manchester event. 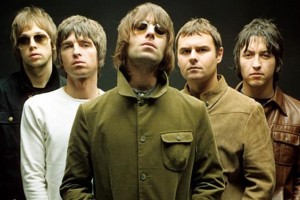 But it was enough to get Tommy thinking about them, and in honor of that he’ll take a dip into their most successful album, 1995’s (What’s the Story) Morning Glory.

Two of its singles – “Wonderwall” and “Champagne Supernova” – reached No. 1 on the US Charts, and the album was named greatest British Album since 1980 at the 2010 Brit Awards, with over 22 million copies sold worldwide.

We’ll leave you with a little trivia: Which artist finally broke Oasis’ stranglehold on most platinum certifications (14) awarded to a single album? Hint: She set fire to the rain in 2011. For the answer, click HERE.