This week on Vinally Friday, we’re honoring next week’s big show – perhaps the biggest of the summer? – and paying homage to some giants rock and roll. 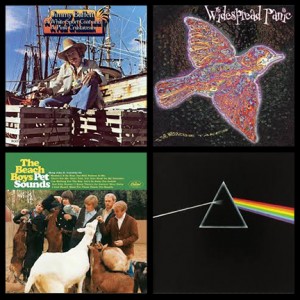 Craig will start off the day with a continuation of his re-exploration of Jimmy Buffet and some tracks off the Head Parrot’s third studio album, “A White Sport Coat and a Pink Crustacean.”

Unfortunately he can’t play the whole album, but Robert will do his best to show us why the Beach Boys’ “Pet Sounds” is considered one of the greatest of all times.

Alanya will preview next week’s Widespread Panic show with some tracks off several different albums by the world-famous jam band.

And Tommy will play some cuts off another piece of musical art – Pink Floyd’s “Dark Side of the Moon.”

One way for solving numerous health problems is a on line. Minor change in basic lifestyle, another is drugs.