For once, the turntable is not our primary focus on Vinally Friday.

Don’t freak: we’ll still be spinning vinyl all day long. But this week, we’re pairing at least one of our selections with a very special guest.

His name is Ron Campbell, and despite never appearing on a single Beatles album he still played an instrumental role in the music history of what remains the world’s most influential band of all time. 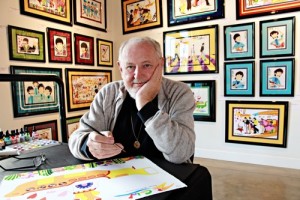 Campbell was just getting started on what would be a five-decades-plus career in animating when he received an invite in the early 1960s to help direct a new show called “The Beatles.”

For two years he worked on the cartoon, and then after moving to California to work at Hanna-Barbera he received a second call – this time to help animate the band’s feature-length cartoon film, “Yellow Submarine.”

Sure, the smash hit brought renowned pop culture acceptance to the already-famous British band – but perhaps more important to Campbell, it helped transform animation into a serious art form.

Campbell would go on to put his name next to several well-known animated projects: Scooby Doo, Winnie the Pooh, Smurfs, Flintstones and Jetsons to name a few.

This weekend the artist will bring his work to Missoula for a special showing at L.A. Design Custom Framing.

To promote it, Craig will not only be chatting with Ron throughout the morning about his lifetime work and experiences – he’ll also feature the “Yellow Submarine” soundtrack as his vinyl selection for the day! 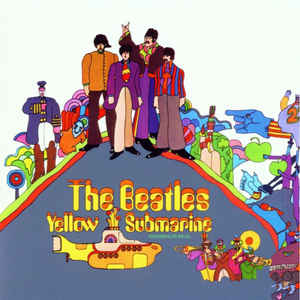 Released in 1969, Yellow Submarine is the 10th studio album by the Beatles and includes six original tracks from the band (four of them new) and then a re-recording of the film’s original orchestral arrangements.

We hope you’ll tune in for our fabulous Yellow Submarine morning!

-Alanya will follow up with a feature on Phish‘s fifth studio album, Hoist, as well as a ticket giveaway to Saturday’s performance by the band’s frontman, Trey Anastasio, at Big Sky Brewing.

Hoist marked a transition to a more stripped-down, roots-based sound for the 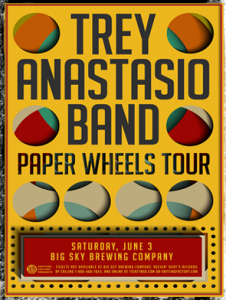 Vermont jam band – and features special appearances by Alison Kraus, Bela Fleck and Jonathan Frakes on Trombone, among others.

-Robert is out on Friday, so Tommy will wrap up the day with Fitz & the Tantrums‘ second studio effort.

More Than Just a Dream was released in 2013 and featured singles, “Out of My League” and “The Walker.”

The band’s drummer, John Wicks, lives in Missoula and owns Drum Coffee on South Avenue. He recently chatted with KPAX about the many new additions to performance venue options in town. Catch that interview HERE.