They’ve been called the greatest band that never really was – and if there was any hope at all for Moby Grape, all that was dashed for good in 1969.

Founding member Skip Spence was lost to drugs and psychotic breakdown; longtime bassist Bob Mosley enlisted in the Marines; and the San Francisco-based rock band was so deep in disputes with 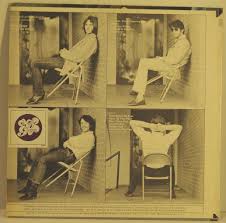 their manager that they had to attribute most songs on that year’s release, Truly Fine Citizen, to their road manager.

To deepen the muck, new producer Bob Johnston gave them a strict three-day deadline to record the new material. Not exactly prime setting for groundbreaking music.

“Given all this, it’s a pleasant surprise that Truly Fine Citizen isn’t a disaster,” writes AllMusic critic Mark Deming in his review of the album, the band’s fourth and final before its first dissolution.

“It’s a loose but amiable set of sunny pscyhedelic pop-rock with a decided country influence,” Deming writes. “Moby Grape were still capable of making a good album when they cut (it), but they scarcely had the opportunity to demonstrate that.”

Craig will give us a chance to decide for ourselves tomorrow with a few spins of Truly Fine Citizen as his selection for this week’s Vinally Friday.

• When Robert brought his copy of Steely Dan’s seminal hit, Aja, into the studio last June, he hadn’t a clue how timely the selection would be. 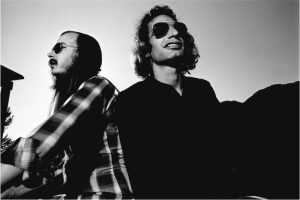 Sure enough, less than a year later we’ve found not one but TWO new reasons to feature it again.

The first happened back in September, when Walter Becker passed away at the age of 67. It wasn’t Robert, however, who paid tribute – that task fell onto Alanya.

This week, another great reason to slip Aja into our Friday playlist: We’re now just a few short weeks out from the much anticipated Steely Dan/Doobie Brothers show at Ogren Park Allegiance Field.

Released in 1977, Aja is consistently fingered the band’s greatest work. Featuring a stellar cast of studio jazzheads (Joe Sample, Wayne Shorter, more), the album won the band a Grammy Award for sound engineering, was inducted into the Grammy Hall of Fame in 2003 and is ranked No. 145 on Rolling Stone’s list of the greatest albums of all time.

Big thanks to Alanya for letting us double … no, triple-dip, into this classic piece of music art again this week.

Released in 1989, the album (often shortened to Blue Guitar) marks Case’s second of 12 total solo releases after disbanding his previous projects, punk outfit The Nerves and rock group The Plimsouls. 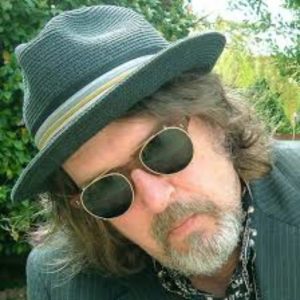 • Tommy will wrap up the day with his favorite cuts off the second studio release from Australian band Paper Kites.

Released in 2015, twelvefour was recorded in Seattle by Phil Ek of Fleet Foxes and Band of Horses fame. You’ve likely heard its leadoff single, “Electric Indigo,” on the Trail before.

The band just surprised fans with its third album release, On the Train Ride Home, just this past month; they’re also reportedly in the studio wrapping up their fourth – set for release in August.