• Craig will close out his three-part exploration of Nitty Gritty Dirt Band‘s formative years with a few spins from the third and final disc of the country-rock group’s 1976 chronicle, Dirt, Silver and Gold. 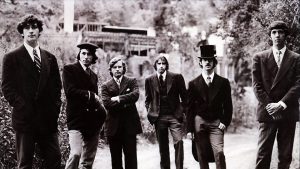 Most of the tracks that appear on sides E and F of this extensive collection were previously unreleased work from the early to mid-1970s. The exceptions are “Bayou Jubilee/Sally Was A Goodun” from their 1975 album, Symponion, and their cover of the legendary “Will the Circle Be Unbroken” off their 1971 album of the same name.

That track, written by The Carter Family founder and patriarch A.P. Carter, features his sister-in-law (and later Johnny Cash’s mother-in-law) “Mother” Maybelle Carter on vocals. It also features vocal and instrumental appearances from more than a dozen other country stalwarts – the idea being that the new generation of Nashville musicians like NGDB may look (and sound) a little more modern than their Grand Ol Opry fore-bearers, the “circles” of influence and tradition remain intact.

This “circle” theme was one the band would continue to explore throughout the remainder of its career.

• Alanya will mark the opening of the summer festival season with a giveaway to the upcoming Silver Cloud Campout Festival in Haugen, Montana. 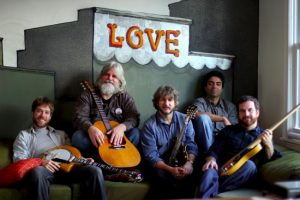 She’ll also use her time with the turntable to feature brand new music from festival headliners Leftover Salmon.

The Colorado-based jam band, which will celebrate its 30th anniversary next year, marked the release of its 10th studio album, Something Higher, last Friday, May 4th.

Alanya got several copies in the mail this week, and so in addition to putting one on the turntable she’ll be giving several others away to listeners!

• After that, we’ll look back to a band that did alt-country before alt-country was even a thing.

They’re called The Long Ryders, and Robert will feature their major label debut (and third overall release), State of Our Union.

The LA-based band brought together several multi-instrumentalists who transformed the bright stringed sounds of mid-1960s (think: Byrds) and added a bit of a new rock edge. Read more about their contribution to a new genre HERE.

• Tommy will close out the day with a commemoration of a rock and roll pioneer that only enjoy eight months on the scene before his premature death. 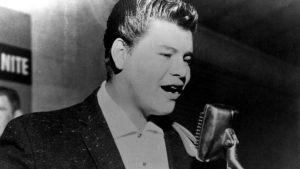 We’re talking about Ritchie Valens, one of four to die in that infamous plane crash in 1959, and his self-titled debut.

Eight others recorded by Valens between his subsequently very busy touring schedule fill out the album.

Interesting item of note: Friday also marks 28 years to the day that Valens was awarded a star on the Hollywood Walk of Fame.