It’s not just the music that puts Yield atop the list of our favorite Pearl jam albums.

Yes, there’s some pretty phenomenal tracks there – a few that might even make our shortlist of the Seattle’s band’s top tracks

But really it’s the associated stories that make it so endearing. 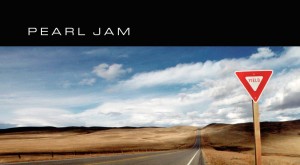 Not only were we at an especially suggestive age to all things music (16), but we were environmentally predispositioned to fall absolutely in love with this band: They were from the nearby “big city” of Seattle (so cool!), their bassist was from Montana (heck yeah!), and – perhaps most significant – our older brother had been hand-feeding us grunge and alternative music for half a decade already.

In fact, we owe him for making Pearl Jam’s 1995 visit to the Adams Center (then known as the “Field House”) our first real rock concert.

But even had we not been die-hard Pearl Jam fans at the time of Yield‘s release, this would have been a great time to get started.

Both the lyrical content and the band’s temperament made slight but important adjustments for the 1998 release – from detached and unavailable to engaged and optimistic.

The band had finally given up its legal battles versus Ticketmaster, created their first music video since 1991’s debut, and even included some radio-friendly tracks on the album (see “Given To Fly”, “Wishlist”)

Yield – which was held out of the No. 1 spot on the Billboard 200 by the Titanic soundtrack – was the band’s first “adult” effort, one that in retrospect probably allowed the band to survive. 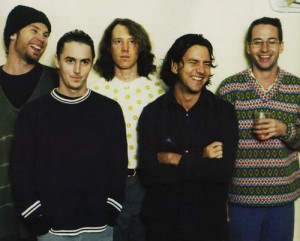 “You become an adult, you have to express your energy in a different way, more calm,” explained lead singer Eddie Vedder. “In the past we said: What a shit, this stinks, that sucks, everything sucks. Now it’s time to say: Stop, let’s look for a solution, let’s be positive.”

Bassist Jeff Ament described the period as the “calm in the middle of the storm”.

“I think we’ve all learned how to leave our egos at the door when someone else has an idea, or has a song to work on,” he said.

The resulting album was a collaborative effort like the band had never seen, and set the stage for another 20 years of great work. And now, with their induction into the Rock and Roll Hall of Fame set for next month, Mike will remind us of all those yesterdays with Yield as his Vinally Friday selection for this week.

-Craig will kick us off with a few spins of Steve Miller Band’s debut album, Children of the Future.

Released in 1968, Children is one of two albums released with Boz Scaggs in the lineup.

Miller wrote most of these songs while working as a janitor at a Texas music studio. Fans of his bigger hits likely won’t recognize this, but they’re guaranteed to enjoy it.

“Five years before ‘The Joker’ topped the Billboard Hot 100 and the group became one of the Seventies’ biggest hit machines, the Steve Miller Band was just another psychedelic band in San Francisco during the Summer of Love,” explains Rolling Stone Magazine in its list of the 20 great ’60s albums you’ve never heard.

Released in 1979, the album marked a transformation for the relatively young band from commercial icons to art rock virtuosos. It also marks the final record where the four members cooperated as a quartet.

Robert will break off some tracks for your enjoyment Friday afternoon.

-Tommy will wrap up the day with a celebration of this week’s big concert announcement. 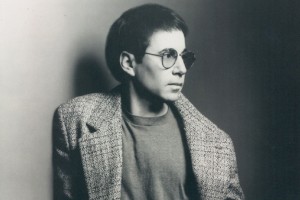 Unless you’ve been under a rock, you’re aware now that Paul Simon will be playing the baseball stadium this summer in what is sure to be the biggest show of the season.

The album included all the singles from Simon’s six years of solo work as well as a couple live tracks and two new ones – most notably “Slip Slidin’ Away.”

Check out the AllMusic review and tracklisting HERE.