• Robert will celebrate the crescendo leading into Pearl Jam‘s summer show at Washington-Grizzly Stadium with a few spins of the band’s third album, the black circle known as Vitalogy. 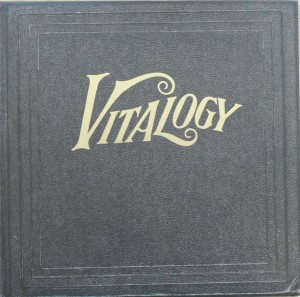 Released in 1994, the album is remarkable more as a historical bookmark than for its musical contributions. It marked a major shift in the band’s approach to just about everything, from songwriting and recording to publicity and touring – from the classic “grunge” sounds of their earlier two discs to a more experimental, genre-shifting one; and from an entity based around founders Stone Gossard and Jeff Ament to one centered entirely in the lap of new celebrity frontman, Eddie Vedder.

You know the old adage – what doesn’t kill you makes you stronger.

Well, fortunately for Pearl Jam fans, ego, communication breakdowns, intense media scrutiny, the death of Kurt Cobain and the firing of the drummer didn’t kill the band and so, perhaps the struggle that went into the development of this one is why the band is selling out arenas 23 years later.

Vitalogy also marked a shift in Pearl Jam’s approach to presentation. Not only did the vinyl format hit shelves two weeks earlier than other formats, but for the CD release the band bucked the typical plastic jewel case and issued it instead as a sort of miniature lyric/photo book.

All that said, it’s still a musically sound collection. Most tracks were written by Vedder, who also played guitar for the first time. The result? More fuzzy punk rock riffs, less guitar solos, a set of two or three off-the-wall tracks (one featuring audio reels from actual psych ward patients) and lots of complaining.

We’re not sure the exact status of ticket sales for the Aug. 8 show, but if there are still any available we would suggest you go pick yours up right away because this one is going to be fun. And if buying tickets isn’t your thing, make sure you stay tuned to the Trail 103.3 and sign up for our monthly newsletter because we WILL be giving tickets away soon! 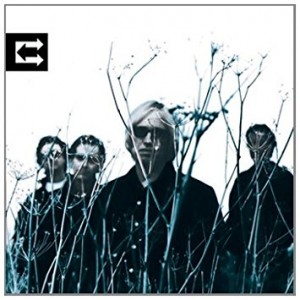 • But first, Craig will warm up the Trail turntable with a couple tracks off Tom Petty and the Wildflowers‘ 1999 album, Echo.

Friday marks 14 years to the day since the band’s longtime bassist, Howie Epstein, died of a drug overdose – and it’s been four and a half months since the frontman himself was lost to accidental overdose.

Echo didn’t make quite as big a splash as the other Petty releases of that decade, but it, too, marked a turning point. Not only was it Epstein’s last appearance, but it’s lyrics were a little darker than usual due to Petty’s self-described “depression” – much of it due to the recent divorce from his wife of 20 years.

Consequently, the band didn’t do much promotion and hardly played any of its songs on tour. 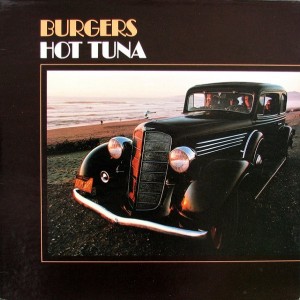 • Alanya will dig in the crates a bit with the first “real” release from Jefferson Airplane offshoot Hot Tuna.

We say “real” because Hot Tuna actually had two full-album releases before Burgers.

However, not only were those two live recordings – they also came while Hot Tuna was just a fun side project for Airplane members Jorma Kaukonen and Jack Casady.

Now with Papa John Creach also joining the line-up for Burgers, Airplane was officially declared defunct. And Hot Tuna would continue on, in some variation or another, for the next four-plus decades.

• And Tommy will shut ‘er down with a few selections off indie folk rock group A Band of Bees’ fourth studio album, 2010’s Every Step’s A Yes. 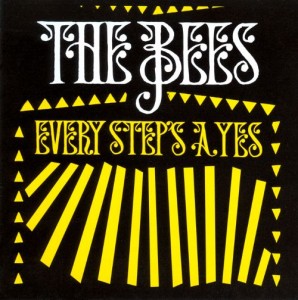 ly just about every where else but the United States – A Band of Bees is unique to the modern rock scene because of their subtle world music lilts. Samba, reggae, country – with psychedelic tinges – they don’t exactly fit into a singular genre.

Every Step’s A Yes very much carries on that tradition.

“It begins as a vibrant set of acoustic love songs, with a wry look at the process of love balladry …” explains AllMusic’s John Bush in his album review. “Gradually, it turns to rosy but slightly morose rock built on the structure of early-’70s Pink Floyd … both musically and temperamentally. In between, more of the band’s inspirations come through, in various strengths: autumnal Simon & Garfunkel harmonies, a hint of charged blue-eyed soul, a little bit of Jamaican lovers rock (or is it electrified West African pop?)”

Whatever it is, we can dig it.