Gene Autry balked for quite some time before his wife finally convinced him to record it.

Now, with sales exceeding 150 million copies, the western singer’s 1949 version of “Rudolph the Red-Nosed Reindeer” has gone down in history as the No. 2 Christmas song of all time. 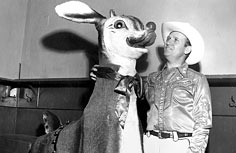 The lyrics were put together by songwriter Johnny Marks in the 1940s. The basis? A short story his copywriter brother wrote to push a commercial coloring book for Montgomery Wards.

The song is credited with being the first No. 1 song of the 1950s (for the week ending Jan. 7) and went on to spawn a best-selling movie and lots of funny renditions – like Pinocchio.

Tomorrow, Tommy will wrap up our final Vinally Friday segment of 2016 with a spin of the holiday classic.

Produced by the sons of legendary Sun Records founder Sam Phillips at his studio in Memphis, the album includes 10 songs – five written or co-written by Prine, the rest covers of classic rock and roll songs from his youth. 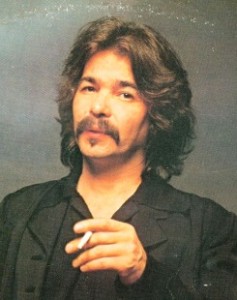 While critics and fans retrospectively give the album a big thumbs-up, they weren’t so kind in the immediacy of its release.

And Dave Marsh, in his original review for Rolling Stone, called the project an “almost unqualified disaster.”

“Pink Cadillac mars the reputation of everyone involved,” he wrote. “Prine has never sung such a half-assed grab bag of songs.”

-Mike is filling in for Alanya this week, and so he’ll use his airtime to get us in the holiday spirit with a few tracks from Snowfall: The Tony Bennett Christmas Album.

Released in 1968, the jazzy compilation was arranged and conducted by Robert Farnon. Though Bennett has since made holiday classics a part of his seasonal repertoire, this album stands as his first.

AllMusic reviewer William Ruhlmann praised Bennett for his treatment of songs we might otherwise take for granted.

“Bennett’s warm style was especially winning on this kind of material, making an inevitable assignment a winning combination of singer and songs,” he wrote.

Earlier this week, a conglomeration of the industry’s most celebrated artists – including Bob Dylan, Stevie Wonder and Lady Gaga – came together in tribute to Bennett for his 90th birthday.

They subtitled the made-for-TV production “The Best Is Yet To Come” – but quite honestly, when it comes to Christmas tunes, we’re not so sure that the legend will ever do it better than 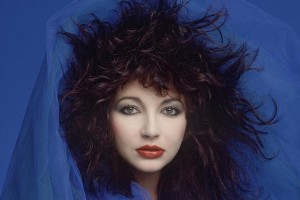 -Finally, Robert will get us in the winter mood with a few spins of Kate Bush’s 10th studio album, 2011’s 50 Words for Snow.

Described by the English artist as “seven songs set against a backdrop of falling snow,” 50 Words continues Bush’s long tradition of handcuffing her atmospheric pieces with plenty of visual elements.

Will Hermes, another Rolling Stone critic, described it as a “virtual snowglobe … full of plush, drifty ambiance.”

In an interview, Bush said the idea for the album’s theme came from the legend that Eskimos have as many as 50 different ways of describing snow. So she come up with some of her own: “spanglasdasha”, “anechoic”, “blown from Polar fur”, for example.

Check out the full interview HERE.