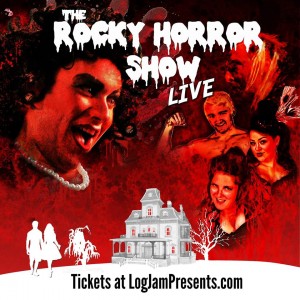 When school goes back into session, we realize it’s coming. When the leaves start to fall, we recognize it’s just around the corner. But we’re absolutely sure the rituals of another holiday season has arrived when Rocky Horror Picture Show Live! begins its annual production at the end of each October.

In what has become almost a rite of passage in Missoula, the semi-pornographic show that blends orgiastic sex, bondage and aliens into a musical song and dance will return to the Wilma for its sixth year this Friday and Saturday.

Tomorrow, for this week’s edition of Vinally Friday, Alanya will preview the show with a few of her favorite cuts from RHPS’s original movie soundtrack. She’s also got some tickets to give away – so be sure to tune in for that starting at 10 am!

• Craig will kick us off with music from Muddy Waters‘ fourteenth and final studio album, King Bee.

Released in 1981, the album marked the fourth in a series the blues master recorded with producer/guitarist Johnny Winter for the Blue Sky Records label.

Waters had separated from his label of three decades, Chess Records, in 1976 – and many considered him finished. 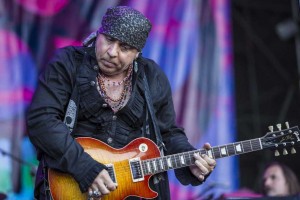 But with the help of Winters and the new label – and despite his failing health – he was able to eke out several more albums that brought about great commercial and critical success, with all but this one winning Grammy Awards.

For more background, check out the AllMusic review of King Bee.

• We featured one of its tracks in early September as part of our weekly New Tracks on the Trail segment, but now Robert will dig deeper into the new Little Steven project, Soulfire.

“The album reflects (his) musical obsessions – American pop-soul from Leiber & Stoller, the Brill Building, Phil Spector and Motown – as reflected through the prism of the British Invasion, which forms the backbone of programming on his SiriusXM channel, “Underground Garage,” writes Variety’s Roy Trakin.

Catch “Underground Garage” every Sunday night at 8 pm on the Trail 103.3.

• Tommy will close the last Vinally Friday of October with TV On the Radio‘s fifth studio album, Seeds. 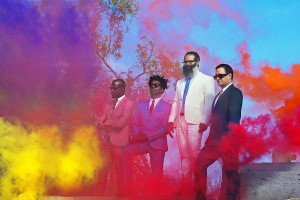 Released in 2014, Seeds marked the Brooklyn-based art rock band’s first since the death of their longtime bassist, Gerard Smith, to lung cancer.

And, as you might expect, the grief shines through in the music – “a sublime catharsis after the group’s tragic loss and a perfect distillation of what the band do best,” wrote Ian Gormeley of Exclaim!

Though the band hasn’t released anything yet, they’ve been quite active of late, including a performance at David Lynch’s Festival of Disruption in Los Angeles earlier this month and at Riot Fest in September.

Finally, it’s Friday! It’s Vinally Friday – all day on the Trail 103.3. Big thanks to Ear Candy Music and Broadway Bar & Grill for sponsoring this weekly event.