• Craig will continue his four-part celebration of Bruce Springsteen‘s birthday with more from the Live/1975-85 box set.

In addition to turning 69, the Boss also celebrated this week the first anniversary of his “Springsteen on Broadway” show in Las Vegas. He also made a surprise appearance last weekend at the Sea.Hear.Now festival in New Jersey, where he performed three songs with Social Distortion.

• Alanya will follow up with an early birthday celebration of John Lennon, who would have turned 78 this coming Tuesday. 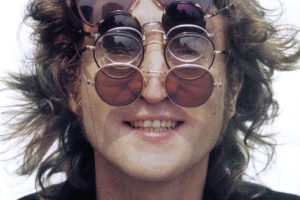 Written during his famous “Lost Weekend” separation from Yoko Ono, the 1974 album featured his only chart-topping single in the US: “Whatever Gets You thru the Night,” featuring Sir Elton John on piano and harmony vocals.

• Robert is out this week, so Tommy will bat third and close out the day with the fourth studio album from Canadian Rock band The Guess Who.

Classified then and now as “psychedelic rock”, 1969’s Wheatfield Soul features one of the band’s breakthrough single, “These Eyes”, which helped the band land its U.S. distribution deal with RCA Records.

Wheatfield is also remarkable for being the first full-length to feature Burton Cummings on vocals.