• Craig will open up the day with the second album by The Butterfield Blues Band, East-West.

Released in 1966, East-West continues to be regarded as one of the more influential rock and blues albums of the era, with a focus on traditional covers and the guitar-based work of Mike Bloom and Elvin Bishop. It also marked a step towards a more jazz-infused sound for the band, which had found a niche in instrumental jams after appearing with Jefferson 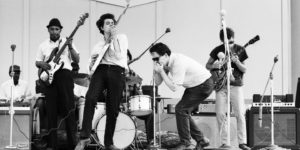 Airplane at The Fillmore just a few months prior.

AllMusic’s Mark Deming praised the album for its “ambitious set” and for its exploration of the intersection between rock, blues, jazz and world music: “East-West captures a great group in high flight as the bandmembers join together in something even more remarkable than their estimate skills as individuals would suggest,” he writes.

• Alanya will follow-up with a celebration of next week’s Bob Weir performance at the Wilma.

Squeezed in between the Trail’s ticket giveaway at 10 am – and Peace of Mind’s own giveaway at, ahem, 4:20 – Alanya will feature some Weir classics collected from throughout his 30-year tenure with legendary jam band, the Grateful Dead.

Bob’s latest project, Bob Weir and Wolf Bros, features Don Was of Was (not Was) fame on bass and former Ratdog bandmate Jay Lane on drums. Their first-ever tour together kicked off just this past Tuesday in Reno; Missoula will mark their sixth on the 22-date schedule.

Click here for a concert review and video from their opening night performance.

• Robert will open the first of a two-week dig into Willpower, the 1989 greatest hits collection from Scottish musician Jack Bruce of Cream fame.

Once named the eighth greatest bassist of all time, Bruce founded the power trio Cream with Eric Clapton and Ginger Baker in 1966, co-writing most of the group’s top-selling hits, including “Sunshine of Your Love” and “White Rabbit.”

After the group disbanded in 1968, Bruce continued for several decades to carve his own, unique niche through several collaborative projects, but didn’t gain the commercial viability of his former bandmates. Bruce also ventured into solo work starting in 1969 with Songs for a Tailor – and it’s this work, spread out over the course of the following two decades, that’s featured in Willpower. 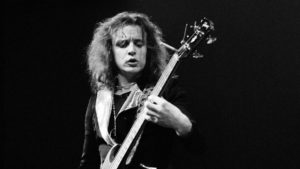 Called a “through, representative introduction” to Bruce’s work, only two of the album’s 17 tracks feature Cream tracks. Two others feature Clapton. The rest are culled from Tailor and the three or four solo collections he recorded in its wake.

• Tommy will shut ‘er down with the 18th studio release from outlaw country singer Willie Nelson.

Red Headed Stranger, which also subs as a favorite Nelson nickname, was released in 1975 and marked the burgeoning country star’s first under Columbia Records, which gave him complete creative control over his work.

That turned out to be an important clause after the studio’s executives were reluctant to release the concept album, which featured sparse arrangements, minimal instrumentation and was recorded at a very low cost. Once again, studio heads were proven to be inept at determining value – and Red Headed Stranger was certified multi-platinum, securing Nelson’s status as one of the most recognized artists in all of music.

For more on the album’s development and legacy, check out this profile at widopencountry.com.

Now 85, Nelson continues to push out the hits – most recently a politically charged single, “Vote ‘Em Out”, which dropped just a few weeks before Election Day 2018.