Do you know about the link between Missoula and Nirvana?

It’s actually not even through multiple degrees of separation that Montana’s coolest city played a vital role in the rock trio’s third and final studio release, 1993’s In Utero. In fact, if you consider the hands-on role Hellgate grad Steve Albini played in recording and mixing the landmark album, you might could even say the album’s punk rock sound was born here. 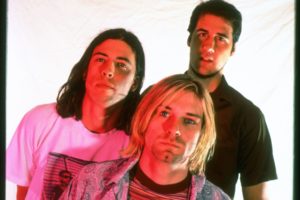 Albini, who moved with his family to Missoula when he was 12, developed here, in the music (and journalism) scene, an anti-establishment reputation that he would carry with him to Chicago for what would ultimately become quite an illustrious career in the recording industry. There are stories, some of them even verified, about his contributions to the early punk scene here.

But more significant are his contributions to the rock scene worldwide once he departed Missoula for Chicago. Like the Pixies’ Surfer Rosa (1988) and The Breeders’ Pod (1990). It was those two that caught the attention of Nirvana frontman Kurt Cobain, who enlisted Albini to help them refocus their sound for their follow-up to the smash hit, Nevermind.

Over two weeks in Minnesota, the three members of Nirvana and Albini worked together to exchange the radio-friendly sounds of that previous album for something a little more raw. There are funny stories about the recording sessions, but there’s nothing funny about the end result – a piece of musical art which made as much a musical statement as it did a lyrical one.

Keep in mind the frontman killed himself just seven months after the 12-track album was released.

“Before Cobain’s death it might have been easy to write off In Utero as some sort of chaotic ruse or the work of a band trying maybe a little too hard to sell the world on it’s anti-establishment bona fides,” writes Consequence of Sound’s Ryan Bray in a 25th anniversary retrospective last month. “But knowing what we know now, it’s hard to dismiss the sincerity behind the recod’s aggression. In Utero is the work of a truly gifted but troubled songwriter walking perilously close to the edge of his personal cliff, and the record is loaded with overt references to his struggles.”

In Utero, which hit the Billboard 200 at No. 1, has since been certified platinum five times over – and was named the seventh best album of the ’90s by Rolling Stone Magazine. 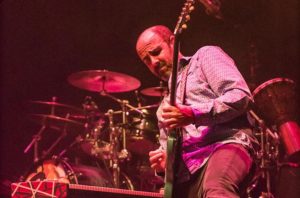 This week on Vinally Friday, Robert celebrates 25 years since the release of Nirvana’s greatest musical contribution.

The first live album to hit No. 1 in more than a decade, Live continues to hold sway over fans of the Boss, going platinum 13 times and still maintaining its spot as the second-best live album in U.S. history. Top honors go to Garth Brooks, for those who care about such things.

• Alanya will follow-up with a celebration of moe. just before the jam band brings its live show back to the Wilma for a show on Saturday.

The Buffalo, New York, quintet is back on the touring circuit after stepping away in 2017 after bassist Rob Derhak battled cancer. The band wasn’t MIA, however, as 2017 also marked limited release of the band’s double-album live record, Live From San Francisco, for the annual Record Store Day celebration.

Alanya has a copy she’ll throw down along with a ticket giveaway to the show.

• Finally, Tommy will feature music from one of the best-selling albums of all-time: Adele‘s second studio release, 21.

How “best selling” is 21? How about more copies of the 2011 release were sold not only that year, but also the next? It holds the record for most sales in the UK thus far this century, and represents the longest-charting album by a female solo artist in US history.

There’s a whole bunch more ways to gauge the best-sellingness of 21, but it gets kind of repetitive and boring. Here’s a more exciting illustration: Adele, who followed up 21 with yet another smash hit, 25, in 2015, made more than $31,000 a day last year despite no live performances and no album releases.