It goes like this: The owner of the fancy concert halls decides to open up his venue for free to one person for an ENTIRE YEAR. All they have to do is find the golden ticket, right? 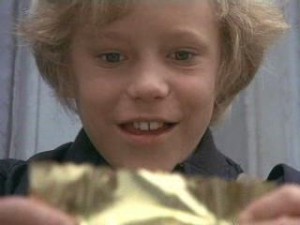 But then there’s this one little music-deprived boy who so loves indie rock, jam bands, that groovy stuff that makes his butt wiggle and those conscientious artists who put talent above show. You know, the kind that lives in a one-room shack with both his grandparents (who, by the way, sleep head-to-foot in the same bed.)

In other words, a Trail listener.

That’s the guy we’re all cheering for. And we know he’s going to win the ticket. But when? And how? Well, that’s where the drama comes in …

Ok, so we’re not Willy Wonka, but our Golden Ticket is just as good – if not better – than the ones he awarded.

Our Golden Ticket is worth FREE ADMITTANCE to ANY AND ALL shows at the Top Hat and the Wilma for an entire year! 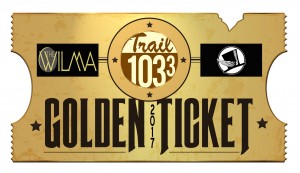 Who knows what the next year will bring, but we can promise you it will be as exciting – if not more so – than years past. And with the Golden Ticket, you’ll see it all for free – with no risk of drowning in chocolate.

So how do you win?

We’ll be qualifying people every weekday through the month of September through a very special “Song of the Day” contest. Print out the attached calendar to find out what song you’re listening for, and ANY TIME you hear it that day be one of the FIRST FIVE callers at 406-543-4103 and you will be registered to win.

Good luck to you all! 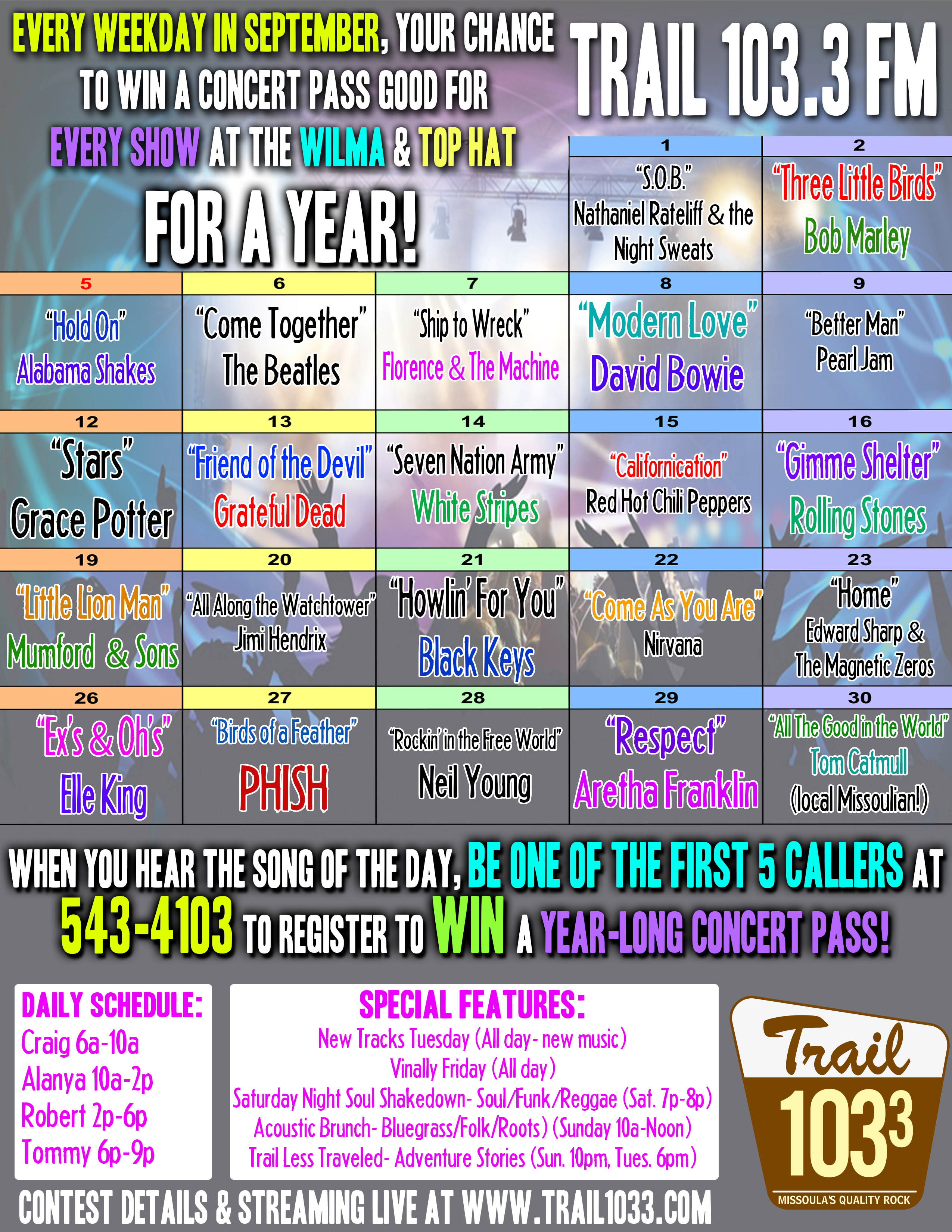