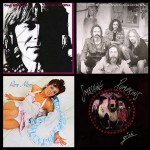 This week on Vinally Friday: • He made his name with the single “I Hear You Knocking” in the early 1970s – and also as producer for Foghat’s 1972 debut. But it was his work not as a solo artist but as bandmate of Nick Lowe that Dave Edmunds made his greatest impact on the […]