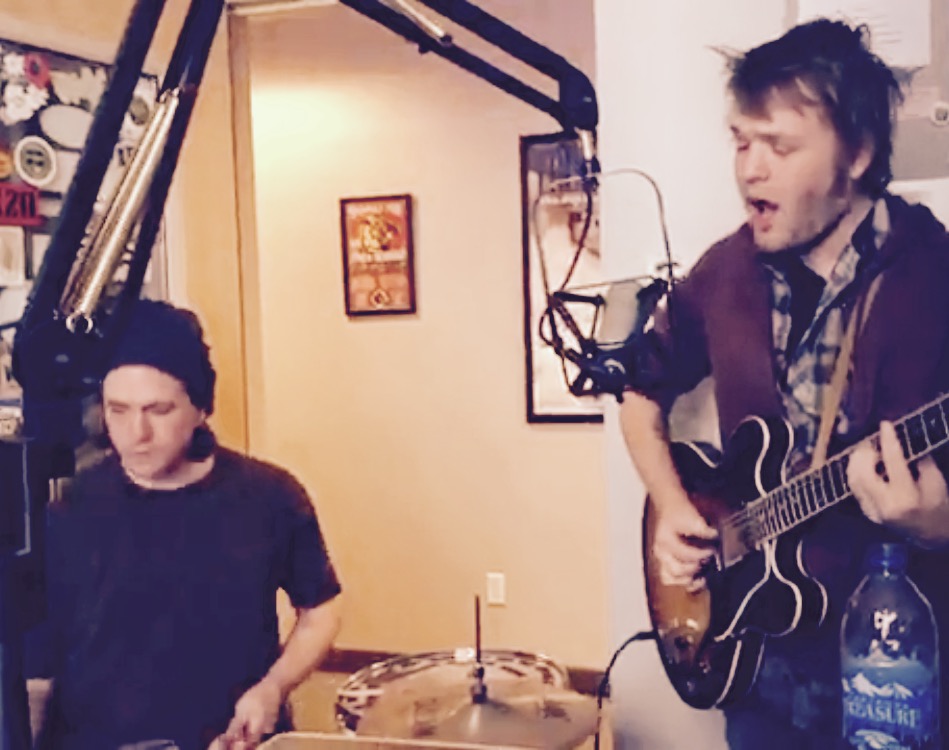 Local musicians Evan Manuel & Andrew Murphy- aka ROTGUT WHINES stopped by our Trail 103.3 studio today to chat with Alanya during the Trail Lunchbox! A new emerging band in Missoula, the guys were stoked to make the Trail their first first radio stop. With the influences ranging from BB King to David Bowie, it is safe to say that these guys will do well here in the city of soul.

Listen to their songs LIVE on the Trail here:

Here’s a few of their upcoming shows:

January 12th at the Top Hat

February 18th at the Top Hat

Though born on opposite coasts, the duo met in the Montana mountans in late 2014, when they became roommates and bonded over a shared love of music. Rotgut Whines was officially formed in April 2015 and, one year later, the bandmates moved to Missoula with plans to record their first album. Still roommates, the ease of their friendship is obvious on stage and creates an effortless vibe that captivates audiences. Their palpable energy and passion make it impossible not to get up and dance.

Find out more about Rotgut Whines at http://www.rotgutwhines.com/