• How you define “iconic” we can’t pretend to know, but whatever litmus test you use we’re certain Mudslide Charley qualifies.

Since 2004, in some variation or another, the group has been treating western Montana to a great blend of blues rock that sits right on the fence between the acoustic sounds of long ago and the modern lilt towards electric-inspired sounds. 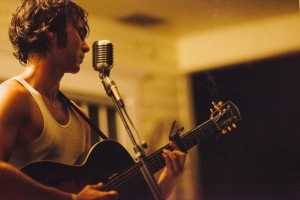 So needless to say, we’re pumped to learn they’ve got some new material to unveil in the months ahead. They’ll celebrate the release of their new album, Words & Bones, at the Union Club on March 2nd followed by a free show at the Top Hat on March 10.

This week we’ll get you prepped in advance with a few spins of our favorite track off the new record.

• If you watched this year’s Grammy Awards, you were probably weirded out an multiple different occasions.

But nothing was weirder than when Jamaican dancehall artist Shaggy joined Sting on stage for a reggae-infused mash-up.

Turns out, it wasn’t just a coincidental pairing – the two unlikely partners recently announced the release of a collaborative album, 44/876. Due April 20th, the island-inspired album is actually not that confusing when you figure how much Caribbean sounds already play in Sting’s repertoire. And the enormous commercial success of last year’s Latin/hip-hop mashup, “Despacito”.

So, it’s happening. And we’re biting. Hope you can enjoy it.

• It seems like every time we turn around Courtney Barnett is releasing new music.

Four months after making a splash with her Kurt Vile collaborative album, the Australian singer/songwriter has dropped a new single and a new album announcement. The single is “Nameless, Faceless” and the album is Tell Me How You Really Feel.

Paste Magazine recently compiled their top 12 favorite Barnett tracks; if you need to get caught up you can do so HERE. 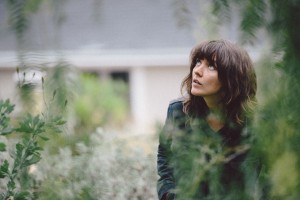 • With quite a few shows on the radar for this summer, we’re having a hard time figuring out which ones our pocketbook can actually manage.

One that we’re pretty sure will take at least a few of our hard-earned bucks will be Shakey Graves‘ scheduled stop at the Big Sky Amphitheater on Aug. 25.

The Austin-based Americana musician is touring to support his fourth studio album Can’t Wake Up, which is due May 4th. We’re excited because word on the streets is he’s got more than just new songs – he’s got an entire new sound.

How do we know this? Because the critics say so, of course.