• If you’re a fan of the hit TV show “Nigerian Idol” then you’re very familiar with Femi Kuti, who helped judge the third season.

Of course, chances are unless you’re reading this from Nigeria you probably aren’t all that into the show.

But that doesn’t mean you’re not familiar with the musician and activist. The son of afrobeat pioneer Fela Kuti, Femi made his continental splash with in 2001 with his collaboration with rappers Common and Mos Def, followed by an extensive tour with Jane’s Addiction.

He’s also been nominated for multiple Grammy Awards, including twice for his breakthrough 2010 album Africa for Africa. 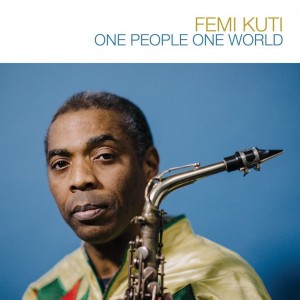 Five years after his last release, Kuti and backing band the Positive Force are out with another spirit-minded release. One People, One World drops Feb. 23 via Knitting Factory Records.

Check out the video for the self-titled first single HERE.

But instead of spending her time in a hammock somewhere in the tropics, she’s taking her vacation in the studio and on the road with her first-ever solo release.

The nine-track LP is titled Sweet Unknown, and it’s due March 23.

• We hit you off with the first single off their seventh studio album when it was first teased back in June.

Now officially out since August, we’ll revisit Queens of the Stone Age‘s Villains.

Frontman Josh Homme said the album, which was nominated for Best Rock Album at this year’s Grammy Awards, was actually inspired by Mark Ronson and his pop hit, “Uptown Funk” – except the band intentionally kept its crunchy guitar-driven sound intact.

• You might better know him as the frontman for indie folk band Port O’Brien, or more recently for Norweigan-based rockers WATERS.

Though those projects aren’t officially dead, Van William is, like Wennerstrom, taking a break to do some solo work. 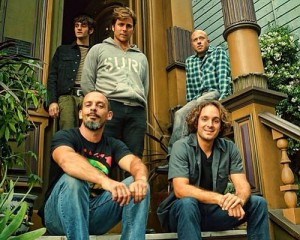 Last fall he and the Soderburg sisters of Swedish folk duo First Aid Kit collaborated on the single, “Revolution.” Now the track gets formal release on a full-length along with 10 other William-penned tracks.

• Finally, you know him as the son of country legend Willie Nelson and his band as the wrecking crew that backed Neil Young on his last few albums and tours.

But they’re just one major hit away from becoming a name unto themselves.

The man is Lukas Nelson, the band is Promise of the Real, and we’re betting you hear a lot from them this year. Not only did they recently drop their eponymous debut with Fantasy Records, but they’re also appearing as backing band to Bradley Cooper’s lead character in the upcoming remake of A Star Is Born.

In fact, Nelson and Lady Gaga share co-producing credits on the film’s score.