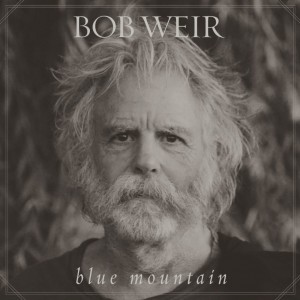 Fresh off the road with Dead & Company, Weir is embarking on a new solo adventure. The album’s called Blue Mountain, and we’re extremely excited to present some of it as part of this week’s “New Tracks on the Trail” program.

Described as an homage to Bob’s love of the cowboy music of his youth (he spent some time working in Wyoming when he was 15), it took three years for the album to evolve into full fruition. It will be released Sept. 30.

-The Pretenders: Cuts from the band’s first new album in eight years, Alone.

Speaking of alone – singer/guitarist Chrissie Hynde is the only original member of the band to appear on the record. In fact, this version of the band represents the 12th iteration of The Pretenders.

Produced by Dan Auerbach (The Black Keys), the album is set to be released Oct. 21 and wi
ll precede a five-week U.S. tour with Stevie Nicks. 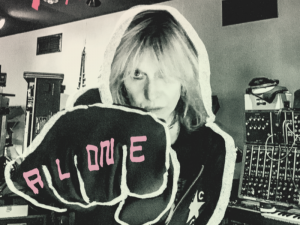 Produced by Rick Ruben, the album was released in June and features a blend of pop, folk and cinematic orchestrations with a dash of EDM. Rolling Stone Magazine called it the group’s “most varied and one of it’s most emotional listens.”

Preview the album and read a critical review HERE.

Gary Clark Jr singled out Anderson as one of the under-30 guitarists you should be watching. Rick Jamm of JamSphere described his guitar playing as “crackerjack sharp”.

Check out the official music video for the album’s first single HERE.

There ya have it – another Tuesday, another nice selection of new tracks in which to divulge. Thanks as usual to Rockin’ Rudy’s for sponsoring New Tracks on the Trail!

One option for solving many health problems is a on line. Major change in basic lifestyle, another is drugs.