Who knew Aristotle was a pop music critic?

Yes, we’re talking about that Aristotle: the ancient Greek philosopher and scientist; The one who studied under Plato and tutored Alexander the Great; the one who shaped Western thought for centuries to come.

The one who apparently issued the first honest critique of the inexplicable phenomenon known as U2 when he said, in some small-numbered year: “The whole is greater than the sum of its parts.” 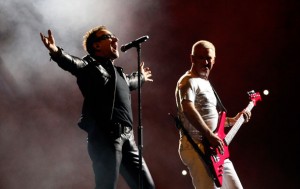 Sure, he was probably talking about the individuals who actually comprise the band. But certainly he also meant its artistic components as well: The songwriting, the lyrics, the musicianship in general.

And he was dead accurate. It’s indeed a special kind of synergy, a ghost within the machine, if you will, that has kept U2 not only relevant but extremely popular for 13 albums over nearly four decades.

• More than 170 million records sold (eighth all-time on the list of of rock bands);

• Twenty-two Grammy Award wins of 34 nominations, more than any other group;

• Continued arena tours across the globe, including 1.1 million tickets sold in 24 hours for their recent Joshua Tree tour.

And this last figure is especially staggering when you consider that U2 had not, at that point, released a new album since 2014. Nor has the band enjoyed a hit single – not to mention a memorable track – in at least a dozen years!

So why, then, is U2 still considered one of the more popular bands in all of music?

According to this guy, it’s because they’re simple, convenient, easy to swallow and they stroke perfectly the egos of their upper-middle-class fans.

Despite all that, the world’s most over-hyped band is back with their 14th studio release.

Experience also marks a return to U2’s formulaic themes, of 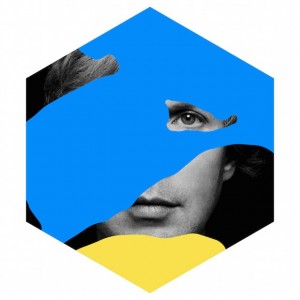 •Fresh off the road as opening act for some band called U2, Beck is now gearing up for a solo tour to support his new album, Colors.

We’ve given you a pretty steady taste for over a year now with the singles, “Dreams” and “WOW.” Now we’ll hook you up with the third, “Up All Night,” which was just released this month.

“The track, like its predecessors, slots into a slick, experimental pop mode that contrasts with the country-folk palette of his Grammy-winning 2014 LP, Morning Phase,” writes Rolling Stone’s Ryan Reed.

• He’s been so prolific over the years that we almost forgot Dhani Harrison has never released a solo album.

The former member of the band Thenewno2 and longtime film and TV scorer – and, yes, son of the late Beatle, George – will celebrate the release of his debut solo record IN///PARALLEL on October 6th.

Harrison teased the album with the release of its first single, “All About Waiting”, back in July. 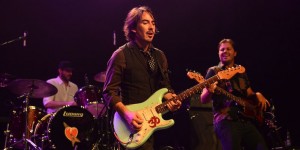 • We can’t wait to hear the latest manifestation from Kurt and Courtney.

No, not that Kurt and Courtney, silly. We’re talking about Courtney Barnett and Kurt Vile. It is, after all, 2017. Right?

The Australian songstress and former War on Drugs guitarist have collaborated for a new album featuring mostly originals, albeit with a cover or two dropped in for good measure.

Read up on their partnership and their process for creating Lotta Sea Lice HERE, and then catch the duo on tour beginning Nov. 11.

• And finally, we’ll go local with the latest release from one of Missoula’s most consistent musical ensembles: Joan Zen Band.

The two-decades-plus partnership of Jason and Deborah Hicks has dropped a new five-song EP, and we’ll feature its title track, “This Is the Fortunate Life”, in advance of their headlining gig at this weekend’s 13th annual Festival of Peace.

“This is the Fortunate Life” is especially exciting for us because it features our own in-house adventure guide, Mandela, on didjeridoo.