Everything he’s touched in recent years seems to turn to gold. 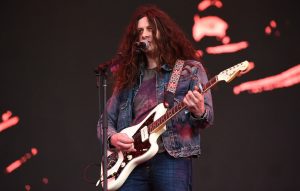 Now, months after teasing a new 2018 project, the Philly indie rock musician has finally given us his next big step, and it comes in the form of a standalone single.

The “low-key summertime jam” is titled “Loading Zones”. It was released last week along with an accompanying music video featuring flustered parking lot attendants played by Pissed Jeans’ Matt Korvette and Goodfellas actor Kevin Corrigan, and it kicks off this week’s ultra-extended edition of New Tracks on the Trail.

Vile and his backing band, The Violators, kick off a UK tour on Nov. 5 with North American dates to follow. Still no official word, however, on a full-length release …

• The long, strange evolution of Cat Power continues this fall with her 10th studio release and first since 2012’s Sun.

The Atlanta-based singer/songwriter has named the new self-produced project Wanderer, and it will drop Oct. 5th on her new label, Domino.

Kicking off the album is a new radio-friendly single featuring backing vocals from Lana Del Rey.

Power is set to kick off a major world tour starting this September along with Dropkick Murphys, Atmosphere, Bad Religion (!!!) and more at Riot Fest in Chicago. 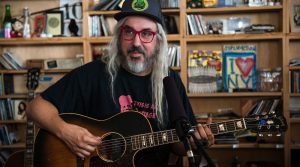 • J Mascis is not one to get tied down.

Despite his current touring obligations with the popular alternative band he fronts, Dinosaur Jr, the celebrated guitarist has managed to finalize a Nov. 9 release date for his sixth full-length solo release.

Of course, that’s if you opt not to include his 2005 devotional album on that list. And the several-dozen albums produced with various side projects and backing bands over the years.

The new one, Elastic Days, marks Mascis’ first solo release since 2014’s Tied to a Star and third with the legendary Sub Pop label.

Mascis – No. 86 on Rolling Stone’s list of greatest guitar players – will kick off a 23-day solo North American tour on Nov. 7. But first, catch him with the act that made him famous this Friday at the Wilma.

• We’ll also dip into the newest release from another Philly-based outfit, Dr. Dog, who dropped the 10-track Critical Equation in April.

This will actually be the third single we’ve featured from Critical Equation. Back in February we played the first two, “Go Out Fighting” and “Listening In.”

The rock band, known mostly for their live act, will wrap up their current North American tour in October with a three-night set along with Yonder Mountain String Band, The Wood Brothers and more at Suwannee Halloween in Live Oak, Florida. 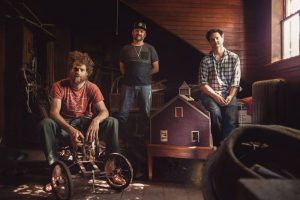 But that isn’t stopping them from dropping another full-length less a year after their last one.

Due Nov. 16, Location 13 follows on the heels of last summer’s America, Location 12. It was recorded at a redwoods retreat in Northern California, and the band has been slow-leaking it with double-track releases all summer long.

Location 13 marks Dispatch’s seventh full-length – and only their third since 2000. No word on whether America was involved in the making.

• Finally, what would Labor Day weekend look like without a celebration of all things Dave Matthews Band?

Still riding high on the commercial success of their ninth studio album, Come Tomorrow, the band is gearing up for their annual two-night gig at the Gorge Amphitheater.

And we’ll honor the occasion with the third single release from the new 14-track album, which dropped last June.

Enjoy the new one, and if you can’t make the show you can at least participate vicariously with some great Labor Day weekend DMB reading.