We’re talking about the longest-charting track from the 2000s. Not the highest selling – and not even the highest-charting – but the one that just won’t seem to go away. 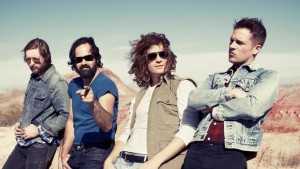 Yeah, we knew it was a good song. But, it turns out, it’s more than good – it’s legendary, at least in the UK, having charted there no less than 166 times since it’s release in 2004, including 35 straight weeks on the charts just this year.

The track is also the UK’s most streamed song of any other released prior to 2010.

Topping that will be no small feat, but if the Las Vegas-based rockers ever stood a chance it’s now: Thirteen years after garnering international appeal – and five years after their last album, 2012’s Battle Born – the Killers have released a new single that’s taking the dance floor by storm.

“The Man” is a funky, synth-pop song – really pushing disco, if you ask us – and it’s the first glimpse into the band’s upcoming fifth studio album, Wonderful Wonderful, due this fall.

We’ll throw it into the Trail 103.3 rotation starting with our weekly New Tracks on the Trail segment tomorrow – tune in and tell us what you think!

-Their first album made almost a dozen different “Best of” lists in 2013. Their second won them a nomination for best duo/group at the Americana Music Awards.

Now having transplanted to Nashville under the tutelage of renowned producer Dave Cobb (Chris Stapleton, Sturgill Simpson, Jason Isbell), we can’t wait to hear what The Lone Bellow delivers next. 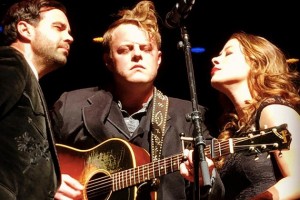 The folk-pop trio’s hyped the announcement of their upcoming Walk Into a Storm with the release of its first single, “Time’s Always Leaving,” last week.

Check out the announcement and take a listen to the track HERE.

Walk Into a Storm is set for Sept. 15 release.

-He kicked off his career opening for B.B. King when he was 12 years old; now, 12 solo albums into his career, Joe Bonamassa is back – this time with a live acoustic set.

Recorded over two nights at Carnegie Hall in early 2016, Bonamaasa is joined by a nine-piece band for 15 tracks of mostly well-loved originals with a few new tracks spliced in between.

Live at Carnegie Hall – An Acoustic Evening will be released on CD, vinyl, Blu-ray and DVD this Friday, June 23rd.

Whether you’re familiar with Bonamassa’s work or not, we highly encourage you to check out this video of face-off with cellist Tina Guo from the Carnegie Hall performances.

–Queens of the Stone Age have been teasing new material for what seems like a year now, and finally they’re coming through with an album – their seventh overall and first since 2013.

The five-piece teased Villians last week with the release of its first single, “The Way You Used to Do.”

But first, Queens will kick off a world tour s 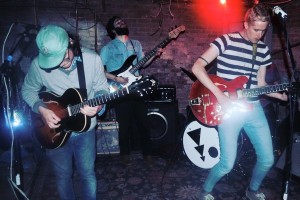 -Finally, a freaking fine tune from a band you’ve likely never heard of but are likely to start hearing a lot of come this fall.

“Yet the Fab Four’s primary impact on The Sun Parade seems to have been the interest of crafting the kinds of traditional guitar-pop songs that people might still be singing 50 years down the road,” explained NPR’s Amelia Mason in her introduction to the band’s debut in 2015.

The Sun Parade released the first single of their yet-to-be-titled album in May. It’s called “Brain Drain,” and it’s probably the coolest song we’ve heard this spring.

Check out the video HERE, and be on the lookout for the full-length album in September.