They won’t all admit it, but most of this town’s ’90s-era rock stars had serious guitar envy for Seattle.

This isn’t meant to be shaming: In the wake of the Pac Northwest’s grungy explosion into the mainstream, who could blame a local scenester for wanting to try his luck at something bigger than Missoula? 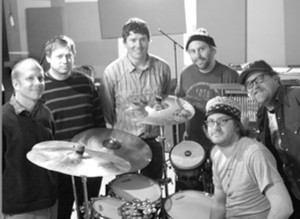 Rockin’ Rudy’s part-owner and Shangri-La Speedway guitarist Tim Bierman went westward and found himself at the helm of Pearl Jam’s fan club. Fireballs of Freedom moved to Portland in 1995 and are still making music (mostly) together.

More famously, Colin Meloy of the indie rock band Tarkio took his talents to Seattle in the late 1990s and founded The Decemberists.

But as it went with high school graduation, so it goes with the evolution of the local music scene: For every goose that wanders off to bigger things, another one stays determined to keep his homegrown talents home.

Thus was the case for Bierman’s former co-worker, John Fleming, and his crew: The Oblio Joes.

The Obes quickly became a Missoula staple – a punk-rock outfit just as happy to play the club as it was to play your basement kegger. Along with Fleming was John Brownell, Dan Strachan, Stu Simonson and Ian Smith.

But unlike their peers, the Oblio Joes didn’t pursue a higher calling. They stayed. And they kept playing. For 15 years. Until finally, in 2007, Brownell broke up the band. You either burn out or fade away, right?

Not necessarily: A decade later, the calling to not only rock but to rock locally – on hometown stages, for hometown fans – has inspired the Oblio Joes to reunite. 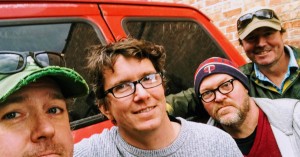 Stu moved away to Olympia, so he’s out. But the other three have joined forces with singer/guitarist Ryan Farley for a new project. They call themselves Protest Kids, and they’ve put together an EP titled We Have the Technology that picks up right where the Obes left off.

The Trail 103.3 is excited to welcome the oh-so familiar sound of Protest Kids to Missoula, and we’ll mark the occasions with their inclusion on this week’s New Tracks on the Trail!

–Iron & Wine announced the release of his first album of new music in four years last week, just in time for an extensive U.S. tour that will bring him to The Wilma on Oct. 17.

Principle songwriter Sam Beam said his new music carries on the same themes of his earlier stuff, albeit with a little more perspective and maturity.

“Where the older songs painted a picture of youth moving wide-eyed into adulthood’s violent pleasures and disappointments, this collection speaks to the beauty and pain of growing up after you’ve already grown up,” he said. “For me, that experience has been more generous in its gifts and darker in its tragedies.” 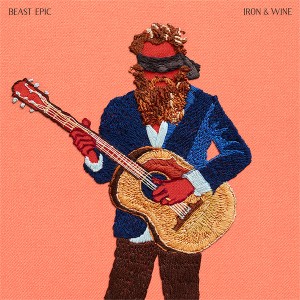 Check out the official video for Beast Epic’s first single, “Call It Dreaming,” and if you like what you hear you can still snag tickets to his Missoula show HERE.

-Known for unique and dominant use of vocal harmonies, Brooklyn rock band Grizzly Bear recently announced the release of its first new album in five years.

The band has been teasing the new material since late April and released its first track, “Three Rings” in early May.

Last week, they released “Mourning Sound.” Check out the official video and read Pitchfork’s interview with the band about their new work HERE.

–Speaking of The Decemberists, Meloy and crew have an unusual side project they’ll be spotlighting in upcoming months – including at their recently announced two-day Travelers’ Rest Music Festival in Missoula later this summer.

The timeline of events went like this: Meloy heard Chaney perform and fell in love with her sound, a call back to English folk revivalists like Sandy Denny, Anne Briggs, June Tabor and Norman and Lal Waterton.

He invited her to open for the band in 2015, proposed a record of old folk songs, she agreed and, viola, it’s ready for consumption.

Queen of Hearts, due July 14th, is, according to Meloy, “as much about rediscovering ancient songs as it is an homage to that incredible era of British music.”

For more details about Offa Rex, including a listen to the album’s title track, click HERE.

–The Shelters are by no means a new band, but it took them a little while to get deserved attention.

The L.A. rockers, who have been performing together since 2015, caught the attention of Steven Van Zandt with the release of their first EP in mid-2015. He featured its lead single, “Fortune Teller,” on his radio show in early 2016, and then Tom Petty invited the band to support him on tour later in the year.

The band’s self-titled full-length was released late last year – with Petty helping out on production – and its Byrds-y debut single, “Rebel Heart,” is just now catching traction with mainstream audiences.

-Finally, a band with a fun name who isn’t entirely unfamiliar to Trail audiences: Waxahatchee.

The indie group, formed in 2010 by singer/songwriter Katie Crutchfield, is back with its fourth studio effort, Out In the Storm.

The band – which spent the last couple years touring with Sleater-Kinney as well as Kurt Vile and the Violators – is currently touring with the New Pornographers.

Check out NPR’s review of the new material and listen to its debut single, Never Been Wrong,” HERE.