Taking the back seat isn’t always comfortable when you’ve got your heart set on a superstar splash.

But for some artists, the back seat is not only where they hone their craft – it’s also where they build the important relationships and reputation that make the splash, once it arrives, sustainable and important. 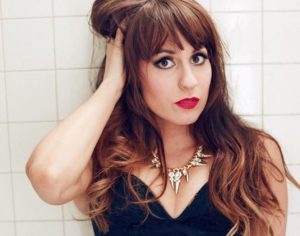 After cutting her chops in her home state of Minnesota and then spending 15 years – 15 years! – writing hits for other, more established artists, Smith has finally found the break she was looking for all along. Her debut full-length, Starfire, which dropped in January, is garnering quick attention – and it’s the good kind of attention.

“It took her giving up her dream to finally get her major label breakout with 2018’s Starfire, an album full of perseverance, nostalgia, love and the realities of marriage,” writes Ilana Kaplan in her Billboard album review and artist profile. ” But Smith sums up her journey best on the record’s title track: ‘You won’t burn out this starfire, no matter what you say.'”

Her most important work, until a few years ago, was in writing some 500 original tracks for country legends like Garth Brooks and Dolly Parton. But then she went pop, and the result was the four-time platinum hit “I’m Gonna Lose You” by Meghan Trainor featuring John Legend. Now, with her own voice, she’s found the perfect blend – a sort of Mazzy Star meets Shania Twain with the energy of ’90s Sheryl Crow.

Here, check out her live performance of the title track earlier this year on her hometown station, 89.3 the Current. See?

The Trail 103.3 is a lot rock and roll, but it’s a little bit country, too. And with her Missoula debut on this week’s New Tracks on the Trail, Caitlyn Smith certainly fits right in.

Also on this week’s New Tracks on the Trail lineup:

• Former Austin Music Awards “Best New Band” winner White Denim is back with their follow-up to 2016’s Still. The four-piece experimental rock outfit – known for their “edgy energy” – will release Performance, a nine-track collection, on Aug. 25.

• American soul singer/songwriter Boz Skaggs has prepped a collection that blends new originals with some vintage classics. It’s titled Out of the Blues, and it’s due July 27th.

Skaggs’s last record, 2015’s A Fool to Care, shot to the top of the Billboard Blues chart. He’ll support the new one with an extensive US tour that runs through November.

• Washington-based emo rockers Death Cab for Cutie are back with their ninth studio release, Thank You For Today. 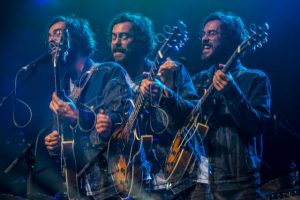 Due Aug. 17, the new album features founding members Ben Gibbard, Nick Harmer and Jason McGerr along with newcomers Dave Depper and Zac Rae. They’ll kick off their US tour on Aug. 2 – including a stop in Missoula for the Travelers’ Rest Festival.

• We hit you with the first single off Belly‘s new album, Dove, back in March. Now, another one.

Read more about the band’s history and what went into creating their first album in 23 years HERE.

There ya have it – another Tuesday, another back of New Tracks on the Trail! Thanks as always to Rockin’ Rudy’s for sponsoring this weekly segment …