It starts with a single snare blast, but over the next measure and a half it unrolls into a crescendo of sound that rivals any other on the track.

We’re talking about the drum fill a half-minute or so into Mondo Cozmo‘s anthemic debut single, “Shine.” 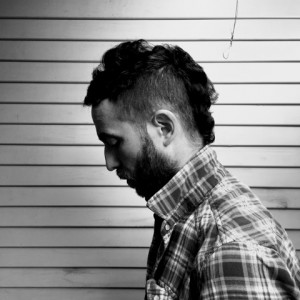 To casual listeners, it’s probably the least memorable aspect of the track; but anyone who’s really tried to digest what makes Mr. C so utterly enjoyable is likely to pinpoint that moment as a highlight.

There’s no groundbreaking solos or fills in the LA-based musician’s follow-up single, “Automatic” – yet its still the rhythm and drums – a more driving style, like that you might expect from U2 – that energizes this one.

If the current trend continues, Cozmo – who made his Sasquatch! debut over the weekend – is going to make quite a splash on the charts once it arrives.

Tune in all day tomorrow for your chance to hear “Automatic” – or, if you can’t wait, head over to Consequence of Sound to hear the track and read an excellent interview with the man himself.

-Longtime Missoula collaborator Caroline Keys is finally stepping up to the plate for her first solo release.

It’s titled Mean to Stay, and she’ll formally celebrate with an album release party Thursday night at The Top Hat. We’ll encourage you to join the party with a sneak peak of one of our favorite tracks.

For more details on Keys’ background, check out this Missoulian bio from a few years back.

-We’ll also tease an upcoming performance by The Head and the Heart with a new track off last fall’s Signs of Light.

The Seattle-based band is among nearly a dozen who will perform at the inaugural Travelers’ Rest Festival Aug. 12-13 at Big Sky Brewing Co.

Signs of Light is the indie folksters’ third studio album. Last week, the band paid amazing tribute to the late Chris Cornell on Austin City Limits. Check it out HERE.

-One critic described his music as “the kind of songs that a middle school friend would have burned onto a mix CD they shared with you.”

We like that kind of music, and we like the artist … er, band … in question: Andrew McMahon in the Wilderness.

The former Something Corporate vocalist released his second solo album in February, and the album’s second single, “So Close”, dropped just last week.

Check out a recent Austin360.com interview with McMahon HERE.

-It’s becoming a common way for bands and artists to hype their upcoming work: Release a track at time, with no timetable for release. And then one day, just drop the whole package without any advance notice. 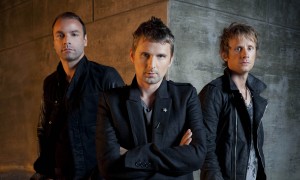 That seems to be the new policy of British rockers Muse, who have released the first of what’s expected to be several standalone tracks in advance of their eighth LP.

The band also announced last week that they have prepared extended reissues of their first two albums.

We’re excited for all of the above.

-Finally, one of our favorite under-the-radar tracks of the past several months or so has been that fuzzy Spoon one titled “Hot Thoughts.”

Now between tour dates, the band has released its second single off the album of the same name. We’ll dish it out all day, just for you.

There ya have it – another Tuesday, another batch of New Songs on the Trail! Thanks as always to Rockin’ Rudy’s for sponsoring this weekly segment!