We wouldn’t wish strife or struggle on anyone – but when the inevitable does, on occasion, tangle the lives of the ones we love … well, there’s always art.

This week, on New Tracks on the Trail, we explore the inspired creations of a local artist who has managed to transfer the raw energy of his still life sickness into his own version of a landscape tapestry. 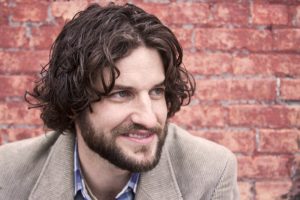 His name is David Boone, and you’ve likely heard him before – if not 10 or so years ago, when he was a Missoula music celebrity of sorts, then at least over the past year or so as we’ve circulated a track or two off his 2017 EP, DAWNS.

Boone – whose tandem struggles with mental health and prescription drug nightmare was beautifully documented in an April 2018 Missoula Independent cover story – has released the first batch of a new set of tunes recorded just this past fall.

The 11-track album, which features Pearl Jam bassist Jeff Ament as well as Pete Wilkinson of Echo and the Bunnymen, is titled A Bubble To Burst. We haven’t heard it, but the Independent’s Erika Fredrickson has, and she seems pretty convinced that Boone’s songwriting has reached a new plateau of depth and maturity.

“With DAWNS, (producer Danton Supple) created layers of sound that gave the songs an almost cinematic feel,” she wrote. “For Bubble, he built music around demos that Boone had recorded alone in his living room. The effect is something between the raw emotion of Boone’s early albums and the polish of DAWNS.”

Again, we haven’t heard it yet; but we can’t wait. No release date has been set.

• We’ll stick with the Missoula theme a bit longer with a few spins of the lead-off single from local indie pop quartet Arrowleaf.

The female-fronted band has been on the local live circuit for some time now, but Not myself, but no one else marks their first official dabble in studio work.

The EP is set for release June 1st. You can celebrate with Arrowleaf – they’ll perform that evening at Montgomery Distillery.

• The past decade has marked a significant period of transition for Dave Matthews Band. First, they’ve had to overcome the loss of a founding member, saxophonist LeRoi Moore, in 2008.  This year, longtime violinist Boyd Tinsley announced he will be leaving the band.

In the 10 years beginning with their mainstream breakthrough, 1994’s Under the Table and Dreaming, DMB released a total of six studio albums; since, they’ve only released two – 2009’s Big Whiskey & the GrooGrux King and 2012’s Away from the World.

The good news for fans, however, is they continued to tour incessantly during that time – until this past year, that is. But if you were worried, worry no more because 2018 features not only another year packed with live dates, but they’ve also announced the scheduled release of their ninth studio album, Come Tomorrow, in early June.

This week we’ll mark the announcement with a few spins of lead single “Samurai Cop (Oh Joy Begin)” – a track described by Rolling Stone as “reflective” and “arena-friendly” in the vein of that other prolific rock band, U2.

Check it out, and then be sure to get your tickets to see the band play the Gorge Amphitheater in Gorge, Washington, over Labor Day weekend.

• This year will also mark the welcome return of English rock group Florence + the Machine. 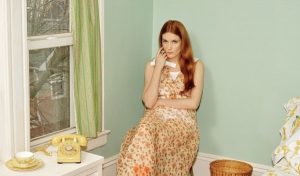 The biggest news: Florence’s fourth studio album, High As Hope, is set for release on June 29th – marking their first full-length studio effort since 2015’s How Big, How Blue, How Beautiful.

Each of their last three albums topped the charts, by the way; we expect no less from this new one.

The band opened a short “intimate” tour last week in England; they’ll hit up Brooklyn and Los Angeles for a couple gigs next week followed by an opening slot for the Rolling Stones on May 25 at London Stadium.

• We debuted “Clean Blood Blues,” the lead off single to Ike Reilly‘s upcoming Crooked Love, last week. It went so well, we think we’ll feature another one this week.

“Crooked Love captures a timeless quality, the kind records that stand the test of time evoke,” writes Tom Lounges in his review for Northwest Indiana Times.

• Finally, the album’s not new but the tracks have never been played before on the Trail – so they qualify.

Released on what would have been James’ 100th birthday, the compilation features a diverse array of artists, including Warren Haynes, Tom Jones, Rodney Crowell and Keb Mo’. It’s the tracks by the former two that we’ll feature this week.

Check out the review of Jones’ cover of “Done Somebody Wrong” here.

There ya have it – another Tuesday, another batch of New Tracks on the Trail! Thanks for tuning in, and thanks to Rockin’ Rudy’s for sponsoring!