• Since the Trump presidency kicked off an … interesting … new era, there’s been a lot of politically inspired music hitting the airwaves. Some of it hinges on themes of empowerment; some just screams of anger and disillusionment. But now, an unprecedented taste of bridge-building.

“Make America Great Again” is all about reclaiming a distortion on what could actually be a pretty good mission, depending on when “when” is, and that’s exactly what Frank Turner attempts to do with the first single off his new album, Be More Kind. 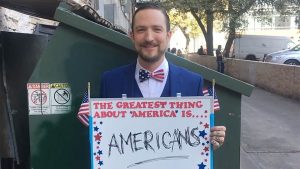 The former Million Dead vocalist splits a bit from both his former lives – as a punk rocker, first, and later an acoustic soloist later – to venture into a peppy, poppy new arena on this one, his seventh solo studio release.

Better put: Be More Kind, due May 4th, blends both Turner’s punk and folk “trademarks” into “new bold experimental shades,” writes Simon Neal of Hampshire-based publication The News in a review/interview feature on the new record.

“Where his two previous albums – 2015’s Positive Songs For Negative People and 2013’s Tape Deck Heart – were, as Frank puts it, about ‘affairs of the heart’, Be More Kind is a record about his reaction to the outside world,” Neal writes.

Check out the heartwarming video for the new single, and then look for Turner to play a venue near you during a North American tour that kicks off May 31.

• As incredible as it might seem to drop two albums in a year’s time, it makes a big difference when you pretty much recorded them both in the same session.

That’s apparently the new business model for longtime Athens, Georgia, based rock singer Matthew Sweet, who will follow up last year’s Tomorrow Forever with a dozen new tracks on May 18th.

The “companion piece” is titled Tomorrow’s Daughter, and it marks Sweets 13th studio release – and first since his recent move to Omaha, Nebraska.

Sweet and his backing band will play a few North American dates in May and then launch his official “Tomorrow’s Daughter Tour” on June 13 in Alexandria, Virginia.

• We’ve given you two already from Dispatch‘s 2017 release, America, Location 12 – and now we’ve got another one. 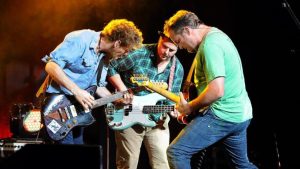 The American indie/roots rock band is in its second straight summer of touring after a five-year break from recording. And we’re pretty sure they’re feeling optimistic about their revival, at least in a commercial sense: The album not only cracked the Billboard 200, its second single, “Only the Wild Ones”, marks their first ever appearance in radio’s Top 20 charts.

Dispatch will also hit the road this summer – partnering up with Nahko and Medicine for the People to raise awareness and funds for First Nations communities.

• If you expect U2 to go away anytime soon, you’re in for a disaster of a summer.

Eight months after we debuted the first single of the Irish band’s 14th studio record, Songs of Experience, we introduce Single #3 – and just in time for another massive world tour.

Yep, we’re about to hear a lot from Bono and company, as well as their never-give-it-up fans, as they put on another series of light shows starting this Wednesday in Tulsa.

Despite dropping in December, Songs of Experience was the top selling album in the world for all of 2017 with 1.3 million copies sold. And that’s just a fraction of the 170 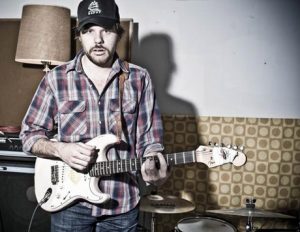 million the band has sold in its nearly four-decade-run. If you haven’t seen ’em, do so now. Or wait another couple years – certainly they’re going to keep this thing going for as long as you’re buying the tickets, right?

• Finally, another track off the endearing new Bahamas album, Earthtones.

We introduced you to “Way With Words” last fall, before the album had a title and release date. But it’s since dropped (in January) and we really like what we hear.

Bahamas, aka Canadian singer/songwriter Alfie Jurvanen, contracted the backing band from D’Angelo’s latest project to put a funky, hip-hop spin on his typical folksy sound. The result is really innovative – a sound he describes as inspired by the likes of Anderson.Paak, Kendrick Lamar and Kayne West.

Enjoy the track and do take the time to go check out the rest of the album. You’ll thank us.