If you’re not following Jason Isbell on Twitter, drop everything and go do so now.

The former Drive-By Truckers principle (and now two-time Grammy Award winning solo artist) will make you laugh in 140 characters or less at least once a day, we promise. 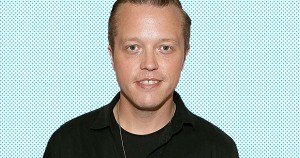 It’s there that he questions the legend of John Legend, encourages Jeff Tweedy’s son, Spencer, to have a child and name him Conway, and falsifies Han Solo’s name development as evolved from “Han FullBand.”
Check out these Tweets from a single day last week:

But when he’s not being funny, Isbell is incredibly astute to the current state of our political and social states of being.

Thankfully, his new album is full of less the former and more the latter – “Topical, current, a record of time passed,” as he explained it to Rolling Stone Magazine in February.

And while the lyrical content and overall focus of The Nashville Sound (due June 16) is serious in nature, its heavy rock underbelly finds the Americana icon in pretty adventurous territory.

“Lyrics and melody are still the driving force behind what we’re doing, but this time around, there’s more of a rock and roll influence,” he said in the same interview. 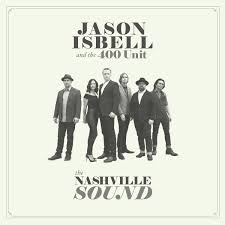 Tomorrow, we’re excited to unveil the first single off The Nashville Sound on our New Tracks on the Trail lineup.

We featured “Hope the High Road” once already – during last week’s Acoustic Brunch. But now we’ll throw it into full Trail rotation just in time for Isbell to kick off an international tour that will run at least through November.

-Fresh off their Winter Carnival Tour, The String Cheese Incident will celebrate the release of their seventh studio album.

Believe (due April 14) marks the band’s first release since 2014’s A Song in My Head as well as their first out of their new Colorado studio, The Sound Lab.

The first single, “My One and Only”, features vocal support from Elephant Revival’s Bonnie Paine.

Enjoy a collection of live tracks and special deep tracks from the band’s expansive music library when you pre-order the new album HERE. 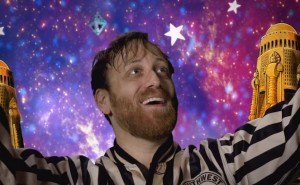 -In what he’s described as his “love letter to Nashville,” The Black Keys’ Dan Auerbach will release his first solo album since 2009 this June.

Titled Waiting On a Song, songster-turned-producer brings on a pile of Tennessee-based collaborators for the new work, including John Prine, Duane Eddy, Jerry Douglas, Pat McLaughlin and Bobby Wood and Gene Chrisman of the Memphis Boys.

The first single, “Shine on Me,” features guitar contributions from non-native Mark Knopfler of Dire Straits.

The Tennessean called it the “sunniest slice of pop he’s ever recorded” and compared it to George Harrison’s cover of “Got My Mind Set on You.”

Check out the mesmerizing music video:

-Blondie debuted the first single off their new album, Pollinator, back in February – and now they’ve got a new one.

Just like “Fun”, the new track, “Long Time” sticks to the band’s “signature disco-tinged punk sound with a big mix of synths and guitars that pulse beneath a rush of cymbals,” writes Rolling Stone Magazine’s Jon Blistein.

Debbie Harry and company will team up with Garbage for a North American tour starting July 5th in Saratoga, Calif. 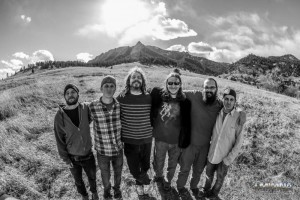 -Finally, Tommy broke the seal off the new Big Something album during The New Show last week – and the track was so handsome we’ve decided its fit for a full-day’s worth of spins.

“Song for Us” is an unusual reggae-infused track from the alternative rockers, but it works and we like it.

The track is off the North Carolina band’s fourth studio album, Tumbleweed, which was released in February.