• It seems Beck‘s newest release should be subtitled “The Album that Keeps on Giving.”

That’s because despite already being six months old (it’s first single dropped waayyyy back in June of 2015) Colors is still getting massive radio airplay.

And here we go again, as the fourth single, the title track, makes its way to the top of our line-up for this week’s edition of New Tracks on the Trail.

If you liked “Dreams” and “WOW” and “Up All Night”, you’ll most def like “Colors.” Because it pretty much runs in the same vein – textured digital pop with layered vocals and lots of, well, colors. If you haven’t seen the psychedelic video – directed by Edgar Wright and featuring actress Alison Brie – we suggest you go check it out.

By the way, Colors – the album, not the song – is Beck’s 13th studio release since his debut in 1993 and sixth to crack the U.S. Top Ten. If you’re one of the few who is sick of it already, then rest assured – there’s only six more tracks and surely not ALL of them can be singles. Right?

Catch one of Beck’s live summer performances pretty much anywhere but Missoula starting later this month and running through September.

• If you haven’t heard of Car Seat Headrest yet, it’s just about time.

The Seattle-based indie rock band will hit Missoula pretty soon – as in, the Top Hat tomorrow night – in support of their 15th studio album. Yep, you read that right – this “new” band already had 15 albums to their name. Hatched in 2010 as a solo recording project for Virginia musician Will Toledo, the band self-released 12 of those 15 before signing on with Matador records in 2015.

We’ll feature a track from Twin Fantasy (Face to Face), which dropped in February. The album is a re-recorded, re-imagined re-make of Carseat Head Rest’s 11th release of the same name.

• We’ll also feature a track from a band set to perform in Missoula later this summer. 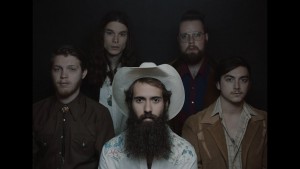 They’re joyously called Rainbow Kitten Surprise, and they’ll hit the Wilma on May 1 in support of their fourth studio release, How to: Friend, Love, Freefall, which dropped just this past Friday.

The Boone, North Carolina, crew boasts over 75 million digital streams in their short but bright career. The new one – with tinges of both Modest Mouse and Frank Ocean – was produced by Grammy Award winner Jay Joyce (Cage the Elephant, Sleeper Agent) and marks their debut on the Elektra label.

Check out this pretty rad band profile by Clash for more.

• And yet another new song from another Missoula-bound band.

This time we’re moving from the Top Hat and the Wilma to the newest musical venue, the Kettlehouse Amphitheater, where Trampled by Turtles will perform July 21.

The Minnesota-based folk bluegrass outfit will release their first studio album in four years on May 4. The album is titled Life Is Good On the Open Road and marks their seventh overall release. 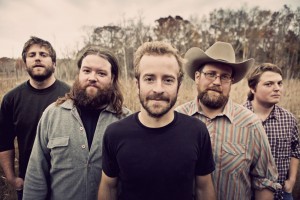 Hopefully the title isn’t a lie, because this summer tour is quite extensive – running early May all the way through September.

T by T will be joined by The Lil’ Smokies and Amy Helm at their Missoula stop.

• And finally, we’ll get super local with the debut release from Missoula multi-instrumentalist Stevie V.

To be quite honest, we don’t know much about Stevie V.’s background, but we gave the record – titled Popular to Contrary Belief – a good listen and picked out a track we think is perfect for the Trail audience.

The 11 track effort will be available starting tomorrow (April 10) on all the popular digital streaming platforms, including iTunes, Spotify and Amazon. He’ll celebrate its release at a party April 14 from 7-10 pm at The Public House.