Uncomfortable it may be, but plopping down in the middle of pain and broken-ness is an essential to healing and growth.

Whether in pursuit of joy or pain expressed, most of us benefit greatly from the the assistance of a more nuanced and emphatic expressionist to tap into those raw feelings and truths. 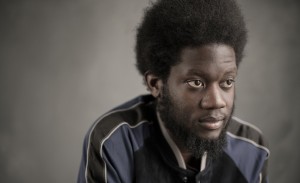 This is certainly by no means a new invention; but perhaps in our current environment – steeped in denial, supportive of avoidance – it’s more important than ever for the artist to serve as tour guide to the emotions.

And that’s why we’re so thankful of what Michael Kiwanuka has just contributed to the world of music.

With his most recent studio work continuing to gather critical accolades across the globe nine months after its formal release, the London-based musician has quickly become a new face of post-funk, non-hip-hop black personal agitation.

An old voice atop a backing choir; a tried and true ’60s and ’70s era soul spin on modern lyrics and issues; Love & Hate is like Curtis Mayfield experiencing not just personal heartbreak, but new millennium political heartbreak as well.

A “sprawling soul opus of longing and self-assessment,” is how Pitchfork described it.

We’d describe it as “refreshing as hell.”

We’ve been giving “One More Night” lots of play of late, but tomorrow we’ll up the ante with the addition of another Kiwanuka track into our playlist. We hope you enjoy. 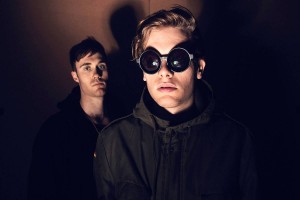 -If you think Bob Moses sounds like a cool guy, you’d be wrong. That’s because “Bob” is actually a cool band – a cool Canadian electronic duo, to be precise.

A remix of its most recent recording, “Tearing Me Up,” won a Grammy Award last month – and all of a sudden 2015’s Days Gone By is garnering much deserved attention and praise.

Check out the story of how the band went from unknowns to Grammy winners in this write-up in the Vancouver Sun.

-We had a hard time pinning down the sound of Valerie June.

Something like Billie Holiday voice, Norah Jones sentimentality and Ani DiFranco movement might work. But the fact is, she’s a unique character who puts a new twist on traditional folk, Southern soul and American roots. 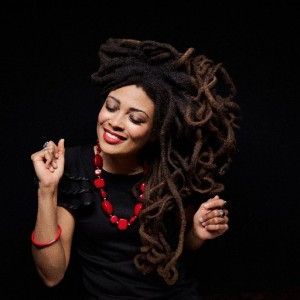 NPR describes the Memphis native’s upcoming release, The Order of Time , as “a marvel of mindfulness.”

“Rambling yet precise, regal yet downhome, earthy yet mystical, June’s musical imagination is a world to get lost in.”

We’ll broadcast the first single off the new album, slated for release on March 10.

-Perhaps no alternative rock band has experienced a more rapid – and apparently lasting – rise to success than Imagine Dragons.

The Las Vegas group’s 2012 debut, Night Visions was the highest charting debut rock album in six years and spawned three No. 1 singles; their follow-up, Smoke + Mirrors also topped the charts in the US, Canada and UK, and to date the band has sold nine million albums and 27 million singles worldwide.

Imagine Dragons is now handing out sample tastes from their highly-anticipated – and as-yet unnamed – third studio album, starting with “Believer.”

In fact, you might already be familiar with this marching, rhythmic tune from last month’s Super Bowl ad for Nintendo Switch. 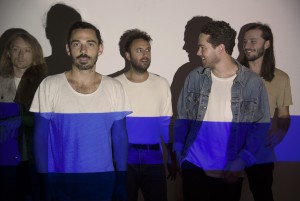 Released in September, this marks the third studio effort from the California pop outfit.

Acclaimed for their live performances and devoted fan base, critics are lauding the new work for meeting both the needs of its band members and its fans.

For that plus a detailed history of how Local Natives came to be, check out this piece from the LA Times.