It’s pretty difficult to cast oneself, these days, as a Chris Cornell fan.

That’s not to say that his music’s not good. Most of it – in fact, all of it – has intrinsic value, and his contribution to pop, rock and metal over the past three decades is undeniable. 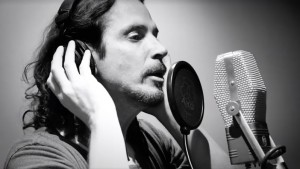 The problem is, once you’ve fallen in love with one Chris Cornell you learn there’s another. And another. Is he the dreamy soft-spoken crooner? How about the shrieker who screams guttural rage atop stomping riffs? Or perhaps you’ve come to know the Robert Plant implant – the one who so expertly marries soulful vocals to electric blues guitar you’d swear he is the one who sold his soul at the crossroads?

Well, the first one is back, at least for now. The Cornell found mostly on his solo efforts – the one who dazzled us atop orchestral arrangements on the Casino Royale soundtrack in 2006 – has released a new single. And fittingly, it’s another movie track.

“The Promise” is the title track from an upcoming movie about a love triangle during the Armenian genocide, and it pairs Cornell’s meandering vocals with thoughtful lyrics and digitally enhancing orchestral arrangements to make, well, a radio hit.

“‘The Promise’ is, to me, mainly about paying homage to those we lost in the Armenian Genocide, but it’s also about shining a new light on more recent atrocities,” the former Soundgarden and Audioslave singer told Guitar World.

And thankfully he’s not just paying lip service. All proceeds from the song will assist the International Rescue Committee, which aids in humanitarian crises around the world.

Tune in the Trail 103.3 all Tuesday for a chance to hear the new track. In the meantime, here’s the trailer for The Promise:

–Fleet Foxes are back with their first album in six years – a concept record that also accompanies the Seattle indie folk band’s first string of tour dates in about as long.

Crack Up, which follows more than a year’s worth of hints and teasers by the band, is due for release in June.

Tuesday, we’ll introduce you to the album’s first single, “Third of May/Odaigahara” – a nearly nine-minute epic featuring piano, lots of guitar and the group’s trademark harmonies.

While you’re listening, check out frontman Robin Pecknold’s recent interview with Pitchfork about the band’s hiatus and putting the new album together. 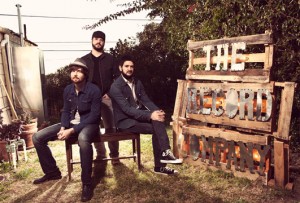 –The Record Company isn’t necessarily releasing any new material, at least not in time for this week’s New Tracks feature.

However, the SoCal blues-rock band is headed back out on the road – and to celebrate they’re officially releasing a track off 2013’s Feels So Good EP as a new single.

It’s called “Baby, I’m Broken”, and you can check out the official music video HERE.

Last year, the group was named one of Rolling Stone‘s 10 New Artists You Need to Know – so if you don’t know them, now’s your chance to get acquainted.

-Just reading the reviews of Real Estate’s new release, In Mind, put us to sleep.

That said, the New Jersey sextet is garnering almost universal praise for the new material.

Release last week, In Mind is Real Estate’s fifth overall and first since the departure of founding guitarist Matt Mondanile.

“… Real Estate’s gentle touch is hard to turn away from,” critic Dean Van Ngueyen writes. “They embrace their soothing orchestration like a parent holds their newborn … Grasping with these songs is like trying to reconstruct a dream you had the night before.” 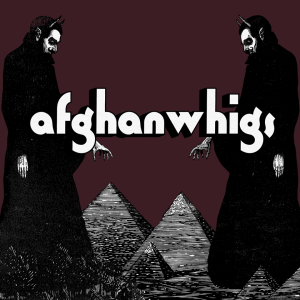 That, in itself, is intriguing enough for us to take a listen.

In Spades will the the first studio release from The Afghan Whigs since they’re big comeback in 2014 – and only their second album since unofficially-officially disbanding in 1998.

Due in May, the new album is also the first since founding guitarist Dave Rosser was diagnosed with cancer.

The alt-rock icons kick off a European tour on May 26.

There ya have it – another Tuesday, another round of New Tracks on the Trail! Thanks as always to Rockin’ Rudy’s for sponsoring this weekly event!