• You know David Byrne mostly as the frontman for ’80s new wave crew The Talking Heads, but he’s also made quite a hefty contribution to art culture in general with several books, movies and theatrical productions.

We have to admit, however, we’re excited that this year he’s decided to return to making great music, both in the studio and on stage. 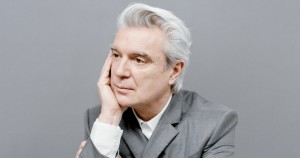 Back with his first solo record since 2004, Byrne will hit the big stage at Sasquatch! this spring – part of a massive world tour to promote American Utopia.

We introduced the album’s first single, “Everybody’s Coming to My House” in January. The track, which hit No. 5 on Billboard‘s Triple A chart, is his first song to reach a Top 10 list since 1992. This week on New Tracks on the Trail we will unveil Single No. 2.

For more on Byrne, his tour and American Utopia – including how Kendrick Lamar and Kanye West provided inspiration – check out this recent interview with Billboard.

• Canadian rock band Sloan is back with their aptly named 12th studio album, 12.

The rock/power pop quartet has divided this one up equally among its members, with each of them writing and singing three of its – you guessed it – dozen tracks.

The album – their first since 2014’s Commonwealth – is set for release on April 6. 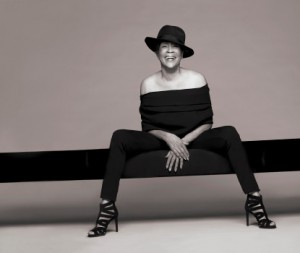 • Bettye LaVette will continue her decade-long comeback tour with her 10th studio release, an album of Bob Dylan covers titled Things Have Changed.

Due March 30th, the album features guest appearances by Keith Richards and Trombone Shorty. It’s tracklist spans more than five decades of Dylan tunes, from 1964’s “The Times They Are A-Changin'” to “Ain’t Talkin'” off his 2006 Grammy Award winning Modern Times.

Things Have Changed, due March 30th, is LaVette’s first release since Worthy was nominated for Blues Album of the Year at the 2016 Grammy Awards.

Other Arrangements, due May 4th, will be Millsap’s fourth studio release and first since 2016’s The Very Last Day was nominated for Album of the Year at the Americana Music Honors & Awards.

The former Fleet Foxes drummer says he created the new “heartache album” during a six-week period where he was living in a hotel.

With his busy tour schedule – and just two months out from a Grammy win for last year’s smash hit Pure Comedy – FJM doesn’t seem intent on staying idle for long.