If you haven’t already, we highly encourage you to spend some time exploring the music video for Portugal. The Man’s new single, “Feel It Still.”

The funk-infused track is sweet, that’s for sure. But pair it with its politically-charged interactive video and it’s certainly the most innovative release of the year.

The Alaska band is currently touring in support of their upcoming album, Woodstock. And there’s a bit of a story behind the new material: Basically, Portugal. The Man spent three years working on a follow-up to 2013’s Evil Friends, but after continued delays and setbacks they finally decided – at the prompting of a band member’s father – to just scrap the project altogether and start fresh with something new.

Read more about that process HERE.

We’ll feature “Feel It Still” all day tomorrow as part of this week’s New Tracks on the Trail.

In the meantime, here’s a link to the full interactive video –> http://feelitstill.com/

–Trombone Shorty is bringing his energetic performance back to Missoula in August to support the release of his debut album on the Blue Note label, Parking Lot Symphony. 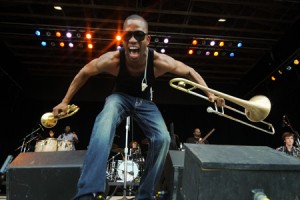 The album is described as “multitudes of sound – from brass band blare and deep-funk groove to bluesy beauty and hip-hop/pop swagger – and plenty of emotion,” and it features 10 originals and two covers (and, of course, his long-time backing band, Orleans Avenue.)

We’ll showcase the album’s first single just a day before the New Orleans crew open up for Red Hot Chili Peppers in Portland.

Enjoy the new tune, and pick up your tickets for the Missoula show HERE.

-What supergroups lack in cohesion they make up for in innovation and boldness. Or at least most of them do. 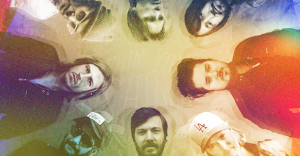 -We’ve given Joseph‘s first two singles – “White Flag” and “SOS (Overboard)” quite a bit of spin in the past four months or so.

Tomorrow, we’ll unveil a third one off the Portland trio’s sophomore album, I’m Alone, No You’re Not.

If you haven’t already, make sure to pick up tickets to the sisters’ performance at The Top Hat tomorrow night.

The two masters have put together an entire album’s worth of original material. The album is titled TajMo, and it’s due May 5. It features cameos from Bonnie Raitt, Joe Walsh, Lizz Wright and more.

We’ll feature the first single, “Don’t Leave Me Here.” In the meantime, check out the video HERE.

There ya have it – another Tuesday, another round of new music. Thanks, as always, to Rockin’ Rudy’s for sponsoring New Tracks on the Trail!