• One of our most anticipated concerts of the summer – and yours, too, by the speed in which it sold out – will be the Aug. 9 appearance by Nathaniel Rateliff & the Nightsweats at the KettleHouse Amphitheater.

This will actually be the second time Rateliff and crew visited Missoula – they played the Wilma back in May 2016. But since that first appearance, the Denver-based blues-rock 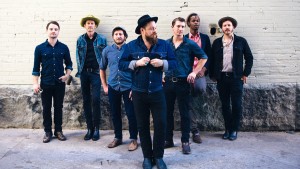 outfit has exploded into the mainstream. Its self-titled album sold over a million copies thanks to a series of chart-topping singles and television appearances.

Now the band is back with Tearing At the Seams, and if the early sales are any indication this one may be even bigger than the last. We haven’t heard it in its entirely, but we understand it’s got more crossover appeal – evident already in the success of its first single, “You Worry Me,” which we premiered on the Trail back in January.

This week we dig a little deeper with a second track off Tearing, which dropped just this past Friday.

Be sure to listen out for concert ticket giveaways to the August show soon!

• It’s a little smaller, but another upcoming show we’re getting jazzed about is Big Something‘s scheduled stop at The Top Hat on April 4.

The North Carolina-based alternative rock band has become a festival circuit lately, with a reputation for the high energy performances.

Big Something is touring in support of its fifth studio album, The Otherside, which is due April 20th. 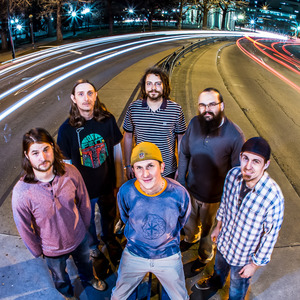 Tickets for this show are still available – check out the events page at Logjam Presents for details.

• We were among those who fell hard for the Squirrel Nut Zippers when their smash hit album, Hot, dropped in the mid-1990s.

From the movie “Swingers” to a sudden resurgence of interest in learning to jitterbug, swing music was kind of “in” for a moment back then, and the North Carolina-based band had excellent timing.

But like most “in” things, our attention quickly switched to something else; our Squirrel Nut Zippers discs were tossed under the bed, and soon they disbanded.

Now though, fresh off a 20th anniversary reunion tour, one of the band’s founders, Jimbo Mathus, has reorganized with the help of some friendly musicians from New Orleans, and they’ve put together a collection of new material.

Beasts of Burgandy – due March 23  – marks the Zippers’ first album in 18 years, and we’re excited to give them some retro love this week.

• Finally, another band that’s no stranger to Missoula – Lake Street Dive, who entertained us with their rock-soul sounds from the Wilma stage last May.

The Boston-based quartet is back with their second album on Nonesuch Records – and fifth overall. The 10-track, self-produced work is titled Free Yourself Up, it was recorded in Nashville, and it’s due May 4th.