The Bad Religion frontman makes a pretty convincing case that singing punk and teaching a university class are pretty much the same thing – especially when one accepts both as a platform for speaking truth and challenging convention. 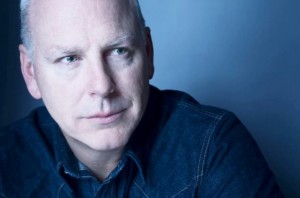 For example, take the singer-turned-professor’s recent book, “Population Wars”, which suggests coexistence among individuals, races and species is just as important to successful evolution, if not more so, than competition.

Heavy stuff, perhaps, but if you were a fan of Bad Religion it shouldn’t surprise you much. Nor should the Americana, roots and folk stylings of Graffin’s new solo album.

“For me, punk was an attempt to raise awareness – and that’s an extension of my teaching to this day,” he told Cian Traynor of Huck Magazine in last month’s riveting expose. “When I do solo work, it’s still raising awareness – but of the great tradition of music.”

Graffin will release his third solo album, Millport, next month – 37 years after he co-founded Bad Religion. Backed by his peers in the SoCal punk scene, Social Distortion, Graffin’s new work follows in the same vein as his last – bluegrass-influenced, with aggressive harmonies and lyrics.

Check out the Rolling Stone review HERE, and then tune in to the Trail 103.3 all day Tuesday as we unveil the album’s first single.

-It’s been three and a half years since Jack Johnson put out any new studio work – but perhaps he just needed a little inspiration.

The singer/songwriter is currently promoting a new environmental short film, The Smog of the Sea, in which he is credited as videographer and executive producer. He’s also written the doc’s theme song, “Fragments,” and we’ll feature it in full tomorrow. 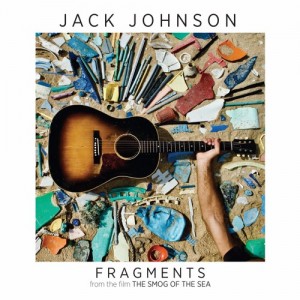 Johnson said he plans to release a full album sometime in late spring, which a summer tour kicking off June 2 in Chicago. He’ll play the Gorge July 22.

In the meantime, you can stream the movie free online HERE.

-We already dipped into the new Bash & Pop album, Anything Could Happen, with the Trail premiere of “On The Rocks” in November.

Anything Could Happen is actually Bash & Pop’s second studio album, but the band’s first in 24 years. Check out the Pitchfork review HERE.

-She’s drawn comparisons to female jazz icons like Billie Holiday, and in 2009 she was named “Best Female Artist of the Year” at the Meteor Awards. Now Imelda May is back with her fifth studio album, Life Love Flesh Blood.

Due April 7th, the album draws on the gamut of emotions that rolled out during the dissolution last year of the Irish singer/songwriter’s marriage to guitarist Darrel Higham.

Still, it’s not exactly a “break-up record,” May told the London Standard. “I came full circle as I was writing. It’s all in there: birth, sex, love, divorce and death. It’s the story of my life.”

Life Love Flesh Blood was produced by T Bone Burnett and features guests appearances by Jools Holland and Jeff Beck. May will support it with a tour starting in May.

-It’s been a decade since The Gourds went on hiatus, but frontman Kevin Russel has been anything but idle. 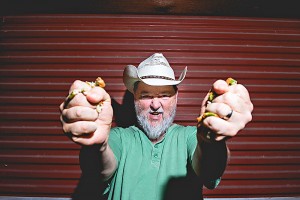 The Austin-based singer/songwriter last week released his fourth studio album under the name of his side group, Shinyribs – I Got Your Medicine – and we’re excited to feature it’s first single, the title track.

A modern twist on the old Louisiana sound, critics have described Shinyribs’ new work as “swampy funk” with heavy influences from Allen Toussaint.

“If Woody Guthrie and Allen Toussaint had collaborated on a song about the slow descent of the working class into pharmaceutical dependence and dwindling economic opportunity, it would sound a lot like this,” he told PopMatters.

For more, we encourage you to check out his recent interview with Texas Monthly.

There ya have it – another Tuesday, another batch of new songs! It’s New Tracks on the Trail, sponsored each week by Rockin’ Rudy’s.