We introduced the new album with the track “Southern Don’t Cross the Dog” last week; this week we’ll showcase another one as we lead into the blues-rockers’ upcoming album release party.

That’s happening March 2nd at Union Club, but you might also pencil March 10 on your calendar – that’s when Mudslide Charley will perform a free show down the street at the Top Hat. 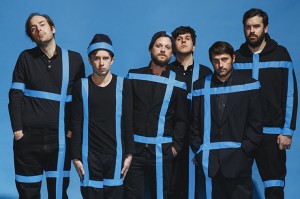 Now we’ll introduce Trailheads to single No. 2 off the 10-track album, which is set for April 27 release.

The Philly-based rockers open an extensive spring tour next week at the McDowell Mountain Music Festival in Phoenix.

• Next on our longish list of double-dips will be the newest single from Atlanta-based indie rockers Manchester Orchestra.

We introduced the first single off A Black Mile to the Surface way back in June. The album dropped in July and immediately shot to No. 7 on the Billboard chart.

It’s good timing for a double-dip, too, as Manchester Orchestra was recently announced for this year’s Bonnaroo Music & Arts Festival. Tickets for that event are on sale now.

• And finally, we’ll wrap up the second looks with the newest single off Vance Joy‘s second studio album, Nation of Two.

We first teased this album with the track “Lay It On Me” way back in July. At that point Joy had not yet announced an album title or release date.

Well, it finally happened – last week, in fact – and so it seems like a good time to showcase it again.

Check out a great album review HERE, and if you like what you hear then be sure to catch Joy on tour starting this April.

The London-based quartet plays a handful of UK dates later this month with dates across Europe spread out through March; no word yet on when they’ll hit up this part of the hemisphere.

Ghost Alive is due March 23. 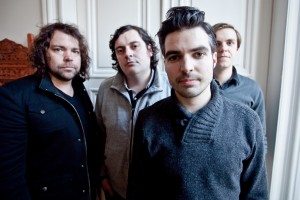 • Finally, it’s already been called “the most absurdly ambitious indie rock album of 2018” and a “bombastic, rapturous exploration of mental illness”.

The band is called Typhoon, the album is titled Offerings, and, apparently, its a four-part, 70-minute epic that explores mental breakdown from onset of psychosis to resolution.

This is the Oregon-based group’s fourth LP – but their first in five years. Since then, they’ve abandoned the horn section and dropped from a 12-piece to a seven-piece.

The album is already out, and though you just missed their North American tour you’ll get another chance this May when they play at Sasquatch!