We knew it was a Marley – we just couldn’t decide which one.

So when the dreadlocked performer started rapping along to Katy Perry’s new single, “Chained to the Rhythm”, during the Grammy’s telecast earlier this month, we played it safe by pointing and shouting, “Marley!” 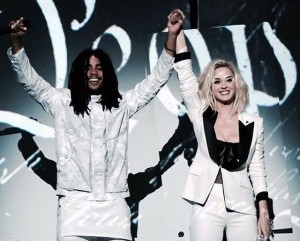 Turns out we hit the nail on the head with our gigantic hammer of vague-ness: The young man who looks like Ziggy and sounds like Damian was, in fact, Bob’s maternal grandson, 20-year-old Skip Marley.

And the performance was an introduction to a new face we’re bound to see a lot more of in coming months.

If pop sensibilities aren’t your thing, have no fear: The up and coming Florida musician, son of Cedilla, has released his debut single with Island Records and it’s a blazer.

“Lions” is a little reggae, a little rock, and a lot of Marley messaging, and we’re excited to unveil it Tuesday for this week’s New Tracks on the Trail.

-Five years after their reunion tour, Dispatch is heading out on the road again.

The Boston-based jam band will support their as-yet-untitled new disc starting June 16 in Red Rocks, with a stop at the Telluride Bluegrass Festival before heading south and east. 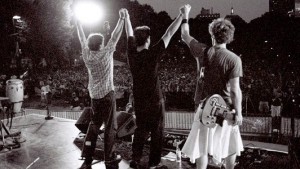 The album’s first single, “Only the Wild Ones,” was released last week, and we’ll throw it into rotation starting tomorrow.

-The Pixies, too, will hit the road this summer, starting April 21 in Pomona, California, to support last year’s Head Carrier.

We unveiled the album’s first single in October, but we’ll dip into it again this week with a few spins of the new one – “Bel Espirit”.

Reminiscent of “Letter to Memphis” off 1991’s Trompe le Monde, the track is a slow stomp with back-and-forth vocals between Frank Black and the band’s new bassist, Paz Lenchantin.

-Their first album was a sensation, but most critics wrote off Cage the Elephant after discs two and three lacked much variance.

Now just a few weeks after their fourth effort, 2015’s Tell Me I’m Pretty, won the Kentucky rockers a Grammy for Best Rock Album, the critics seem to be back-peddling. 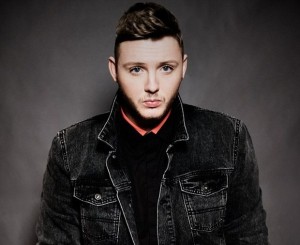 We agree with the Grammy voters. It’s a great album, and tomorrow we’ll remind you why with new single “Cool Cool Cool”.

-Finally, music from another musical phoenix.

His name is James Arthur, and despite a big win on the X Factor in 2012 he quickly slipped off the radar – and off show producer Simon Cowell’s record label – after several public controversies.

But Arther’s second studio album, Back from the Edge, is slowly climbing the Billboard Hot 100 charts since its November debut – and new track “Say You Won’t Let Go” was the top trending love song in the U.S. this past Valentine’s Day.

There ya have it – another Tuesday, another round of New Tracks on the Trail! Thanks to Rockin’ Rudy’s for sponsoring!