• It came as no surprise last week when Travelers’ Rest Festival announced it would be back for a second go-round this coming August.

Not only did festival organizers originally promote it as an annual occurrence, but last year’s inaugural fest went so well we can’t imagine anyone wanting to pull the plug. 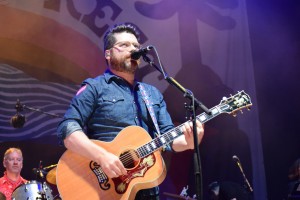 But we weren’t so clear on the obvious questions: Who would be performing and would so-called festival curators The Decemberists again be among the line-up?

Well, no answer still on the former but it seems we’ve got confirmation on the latter, as the Portland-based indie rock outfit has formally included two dates in Missoula at the end of its long spring and summer touring schedule.

Of course we’re still a ways away from August, but with the Montana-linked band set to release their eighth studio album on March 16 we’re bumping up the excitement a little early with the Missoula premiere of their newest track.

The album is titled I’ll Be Your Girl, the track is called “Severed” and NPR likes it so you should, too.

• For everything they share in common with your favorite jam band, Umphrey’s McGee boasts a pretty significant musical difference.

That’s because instead of going the route of meandering, noodling guitars and soft-spoken vocals, they’ve opted to summon the beasts of heavy metal and prog rock instead.

With the Indiana-based band set to play Missoula again in March, we’ll feature the latest track from their brand new album, it’s not just us.

• Mike Smith featured them Sunday morning on his Acoustic Brunch program, but we think their newest material rightfully belongs on the Trail’s regular playlist.

We’re talking about the “experimental roots” band known as the Wood Brothers. 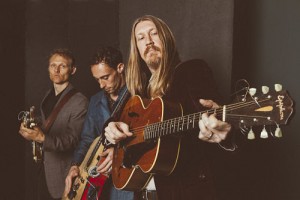 Comprised of – you guessed it – brothers Chris and Oliver Wood as well as multi-instrumentalist Jano Rix, One Drop of Truth marks their sixth studio release.

The 10-track effort is set for release Feb. 2nd.

• It’s been a decade since Irish singer/songwriter Glen Hansard won an Academy Award for his musical contribution to the film, “Once” – and though he’s been anything but complacent during that time he probably hasn’t put out anything quite as anticipated as what’s coming later this month.

The former Frames and Swell Season frontman dropped a single last week to tease the Jan. 19 release of Between Two Shoes.

And – surprise, surprise – NRP likes this one as well.

• Finally, the second full-length from a band that’s been garnering respect on the touring circuit for five years now.

We’re talking about Sunflower Beam, the trio once called one of New York City’s “hardest working bands” for their laborious road schedule.

Last week they unveiled an album title (Twentytwo In Blue) and a release date (March 23rd) along with single No. 2.