• Van Morrison is enjoying a double-dip into celebration mode this fall, celebrating both the 50th anniversary of the landmark Astral Weeks album as well as the release of his 40th studio album. 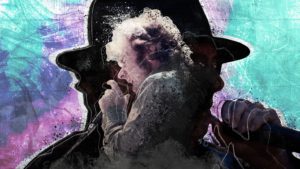 The Prophet Speaks, due Dec. 7, actually marks the second full-length release by Morrison in 2018 following April’s You’re Driving Me Crazy. It also marks the latest in a series of cuts paying homage to the North Irish singer-songwriter’s influences past.

“It was important for me to get back to recording new music as well as doing some blues material that has inspired me from the beginning,” Morrison said in an official statement. “Writing songs and making music is what I do, and working with great musicians makes it all the more enjoyable.”

The Prophet Speaks features six new original compositions and eight covers, including works by John Lee Hooker, Sam Cooke and Solomon Burke. We presented the title song during a New Tracks in October; now we’ll kick off December with another one.

• It’s not just in their name – “quiet music” defines the entire recording philosophy of the husband/wife duo known as Lowland Hum.

Based in Charlottesville, Virginia, the art-folk duo (Lauren and Daniel Goans) will release their fourth full-length in February. The 11-track effort is titled Glyphonic and marks the band’s first release since 2017’s Thin.

• British indie pop group Blossoms have enjoyed the double-edged sword of immediate success since dropping their critically-acclaimed debut in 2017. That one, which shot to No. 1 on the UK charts, bagged them a Mercury Music Prize nomination – but it’s also created quite a window of great expectation for an equally powerful follow-up.

Finally, Cool Like You is here, and we can’t wait to take a first dip. 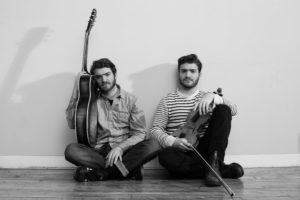 Drawing comparisons to Angel Olsen, the new Burch work – follow-up to last year’s debut, Please Be Mine – marks an evolution for both her voice and style as well as her lyrical confidence: “While she still writes about romance, she also turns inward, exploring what she desires from relationships and how her anxieties affect her interactions with other people,” writes Pitchfork contributor Vrinda Jagota in her review.

• Finally, we’ll pull from another recent New Show setlist – the latest contribution to the “indie-twang” sound from identical twin musicians The Brother Brothers.

OK, so their actual last name is Moss (David and Adam, for those who like specificity) – but still, with one on fiddle and the other on cello, and great shared harmonies in between, the band name is a pretty great descriptor of the band philosophy and sound.

Some People I Know, which dropped in October, marks The Brother Brothers first full-length release. The Brooklyn-based duo, which made its splash with the critically lauded Tugboats EP in 2017, spent most of this fall touring in support of I’m With Her.