It’s a bold man to take over the mic for Stone Temple Pilots.

After both longtime singer Scott Weiland and his replacement, former Linkin Park frontman Chester Bennington, died in recent years, we wouldn’t blame you for thinking the gig is a bit cursed. 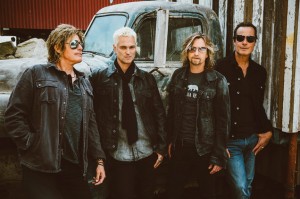 But perhaps we’ve got it wrong. Maybe it’s the band that’s being bold by try, trying again – this time with a former The X Factor contestant at front and center stage. After all, tragic though it was to lose both Weiland and Bennington to addiction and mental illness, it must take incredible faith, humility and discernment for the remaining members – brothers Dean and Robert DeLeo as well as Eric Kretz – to hand over the reigns once again.

Either third time’s the charm, or the new guy, Michigan native Jeff Gutt, is a perfect fit. All we can say is – please, Mr. Gutt, don’t let the rock ‘n’ roll lifestyle get to your head. For your sake, for the fans’ sake – but perhaps most of all, for the band’s.

STP unveiled its new look and sound at a special live performance last Tuesday in West Hollywood. Tomorrow, on our weekly New Tracks on the Trail segment, we’ll give you a chance to hear their first single for yourself.

The track is purported to be one of about 14 recorded by the band in recent months, the best of which will be released as an album early next year.

-Washington-bred Americana artist Brandi Carlile is gearing up to release her first album of originals since 2015’s Grammy-nominated The Firewatcher’s Daughter.

The new one, By The Way, I Forgive You, was co-produced by Dave Cobb and Shooter Jennings and is slated for release in February.

For more on the album’s creation, as well as a video for its first single, “The Joke,” click HERE.

• She was once known as John Hiatt’s daughter. 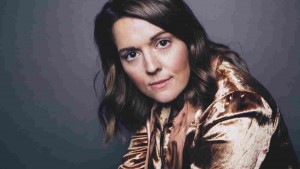 With three superb albums under her belt, however, Lilly Hiatt has created a name – and a career – that is hers alone.

The Nashville-based songwriter’s latest, Trinity Lane – produced by Shovels & Ropes’ Michael Trent and out since August – was described by Rolling Stone Magazine as her “most cohesive and declarative statement” yet.

If you like what you hear, you’re in luck: Hiatt will open for Drive By Truckers on Jan. 31 at The Wilma.

• Just a few weeks after releasing an epic cover version of the theme to the Adult Swim show Squidbillies, prolific garage-rock icon Ty Seagall has released another new single – “My Lady’s On Fire.”

Seagall, who has nine solo studio albums under his belt, hasn’t made public any plans for a full-length. His latest collection was a sing-song EP released last August to benefit the American Civil Liberties Union.

• Finally, the third single from what’s turned into one of our favorite collections from Jack Johnson career so far.

Released in August, All The Light Above It Too already has spawned an environmental tune – “Fragments” – and the decidedly anti-Trump “My Mind is for Sale” in July … If the new one is anything like those two, we’ve already picked our favorite track of the holiday season.

There ya have it – another Tuesday, another great batch of New Tracks on the Trail! Thanks as always to Rockin’ Rudy’s for sponsoring this weekly event!