You’d be hard-pressed to convince us of the rock n’ roll lifestyle of Louis L’Amour.

But the western storyteller is exactly the source of inspiration for the latest collection from Jamestown Revival. 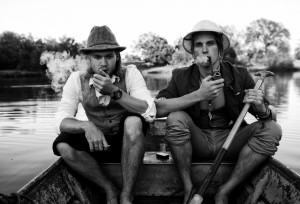 In fact, the American rock duo’s straight-up titled their new album after L’Amour’s 1990 memoir. It’s called “Education of a Wandering Man,” and childhood friends Zach Chance and Jonathan Clay have been raving about it at for at least a year and a half.

“We’re big into westerns and western stories and stories of frontier and stories of people with the pioneering spirit,” Clay told Austin, Texas, publication mxdown.com in the spring of 2015. “So, Louis L’Amour, obviously, western short stories were his game. He’s awesome at what he does. His memoir is a really cool read. It tells just stories of a man who was just after adventure and how he got his education.”

The Texas band draws upon that inspiration for Education, their follow-up to 2014’s Utah. We’ll be featuring one of the album’s first singles all day tomorrow as part of our regular “New Tracks on the Trail” feature.

For a full album review, check out this critique from popmatters.com. 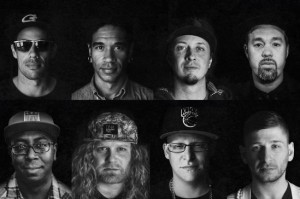 Young has spent the last several years touring with Promise of the Real – including a stopover in Missoula in October 2015 – but stripped down his outfit to just a trio of musicians for this primarily acoustic work.

Young celebrated his 71st birthday over the weekend with a surprise performance at the Standing Rock Dakota Access Pipeline protest site. The new album will include, “Indian Givers,” a song written specifically for that protest. 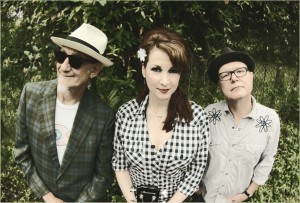 -Southern Culture On the Skids: Another track off the North Carolina band’s Electric Pinecones.

Named after the SCOTS’s “alter-ego”, Pinecones is an “excuse to indulge our musical crush on everything from the Seeds and the Byrds to Buck Owens and Ricky Nelson,” explained guitarist Rick Miller on the band’s website in August.

Hamilton Leithauser + Rostam: New material from the collab’s debut album, I Had a Dream You Were Mine.

Formerly lead singer for the American rock bands The Recoys and then The Walkmen, Leithauser has hooked up with Rostam Batmanglij (of Vampire Weekend fame) for this new project. They released their first single, “A 1000 Times,” in July.

For a preview, check out their performance of “A 1000 Times” on the Late Show with Stephen Colbert in September:

There ya have it! Another Tuesday, another round of New Tracks on the Trail.

Thanks for listening, and if you like what you hear be sure to go pick up a copy at Rockin’ Rudy’s today!