Leave it up to a Canadian rock legend to take on the false nostalgia of Donald Trump.

We’re talking about Neil Young, of course, and his newest single, “Already Great” – a crunching and lyrical response to Trump and his deplorables’ quest to “Make America Great Again.” 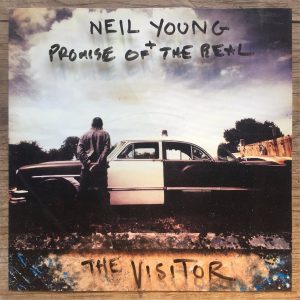 It should surprise no one that Young, who boasts an extensive resume of political activism via song, has made the president his most recent target. After all, this is the guy who put up quite a fight to stop the then-candidate from using his song, “Keep On Rockin’ in the Free World” at rallies, and who later yelled, “Fuck Donald Trump!” from the stage during a performance.

But if Young’s anger is to our benefit, then, well, I guess there is at least one positive to the Trump presidency. Right?

We’ll showcase the singer/songwriter’s new single all day Tuesday as part of our weekly New Tracks on the Trail segment.

“Already Great” is the second of 10 tracks to appear on Young’s new album, The Visitor. The first, “Children of Destiny”, as a surprise release on Independence Day.

The Visitor marks Young’s second studio release with Lukas Nelson’s band, Promise of the Real, and 39th as a solo artist. It’s due to drop Dec. 1.

• Nicole Atkins is all about transformations on her fourth album, Goodnight Rhonda Lee, which was released in July. 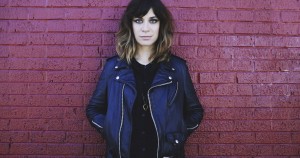 Atkins herself experienced a transformation of sorts when she checked into alcohol rehab in 2015 – and then, with the encouragement of an un-named hip hop artist she met there – she’s transformed her sound from indie-rock into something a little more soul-driven.

With Goodnight Rhonda Lee, these internal transformations show up as lyrical themes as well.

“Much of Goodnight Rhonda Lee focuses on transformations both geographical and internal, with the album detailing the joys and horrors of uprooting your life and starting over,” writes Jason Newman in last week’s excellent Rolling Stone feature on the artist from New Jersey.

• Swedish pop sisters Klara and Johanna Söderberg have been making music together since they were really just toddlers, but since 2008 their recognition as a first-class act known as First Aid Kit has really been growing steady with each new release and festival appearance.

Three years after their last release, the two are back with a new LP. It’s called Ruins, it’s 10 tracks long, and it’s hitting the shelves Jan. 19.

If you like what you hear, you can catch First Aid Kit live as close as Seattle during their upcoming North American tour.

• We’ll venture from Sweden to France for the sixth studio release from the synth rock four-piece known as Phoenix. 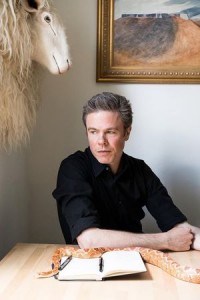 Released in June, the album is titled Ti Amo. It’s first single was named a “Best New Track” by Pitchfork when it dropped last spring.

For more on Phoenix, check out Highsnobiety’s recent review and interview with lead singer Thomas Mars, who also happens to be husband to filmmaker Sofia Coppola: “Presenting a colourful and Disney-esque landscape which feels innocent and optimistic, the four school friends commissioned equipment designed entirely for the production of this album’s concept. The result is a 10-track compendium which feels entirely unlike any other music being made right now. Phoenix transcend time and trend with their vintage – yet futuristic – material.”

• And finally, we delved into Josh Ritter‘s narrative Americana stylings with the first single from his album, Gathering, in July.

Finally released in September, we’ll do some further exploration of Ritter’s ninth as a solo artist.

For more, check out the Pop Matters album review HERE.